A quite Saturday led to a quick self portrait with my flash.

I bought a couple of flashes, stands, a softbox and umbrella some time ago but haven’t used them in a while, mostly because my remote trigger has been a bit temperamental. I have a long cable to trigger with though so thought it would be fun to see what I could produce in a short space of time.

The image below was shot with my 8-16, hence my slightly distorted look, the wide angle has made me look a but skinny! The process behind the shot was actually very easy and its something that can be achieved with a minimum of fuss.

My 550D was set up as normal on the tripod, but slightly below me to get the sky.  Exposure and aperture were slightly limited by the synch speed of 1/200th, but a little bit of manual adjustment resolved this. I’ve  dialled the exposure down two stops to darken the background and produce a more moody look. The flash was mounted on a stand directly above the camera, softbox attached to soften the harsh light. I decided against using manual mode for my flash, mainly because although I could reach the buttons, I couldn’t see the screen correctly! The flash is set to TTL and no manual adjustments were made in the camera controls – flash fired at full power. 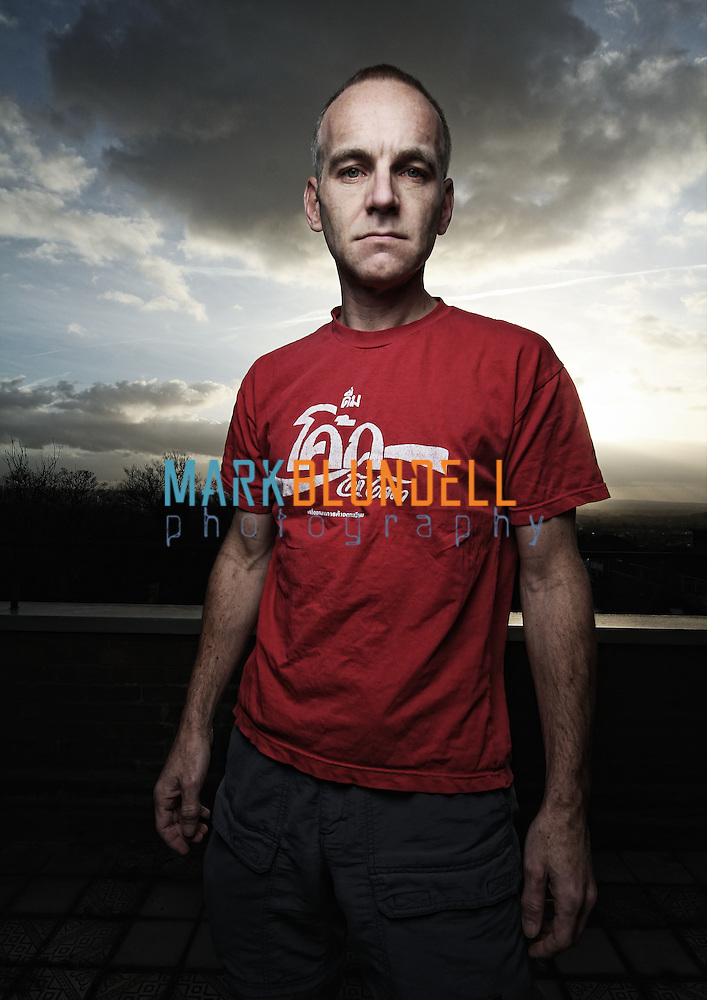 I’ve included the original shot to show that there wasn’t very much post processing involved. I’ve used a high pass layer to ‘grunge it up’ and desaturated to lighten my face and reduce the red of my shirt, but that’s about it – a very quick and easy image which produces a quite dramatic result.