second day of urbex in a row and I met my friend Howzey for a trip east. We planned to do another location but after gaining entry were disconcerted by the PIR and speaker messages telling us that we shouldn’t really be there and that it would be for the best if we left. Luckily we know of another location nearby that would fit the bill just nicely.

Entry was a bit tricky, but we both managed it eventually after a bit of hunting around and climbing. I was surprised with the interior of the hospital, each wing was similar with similar decay. Great peeling paint and rusty radiators. 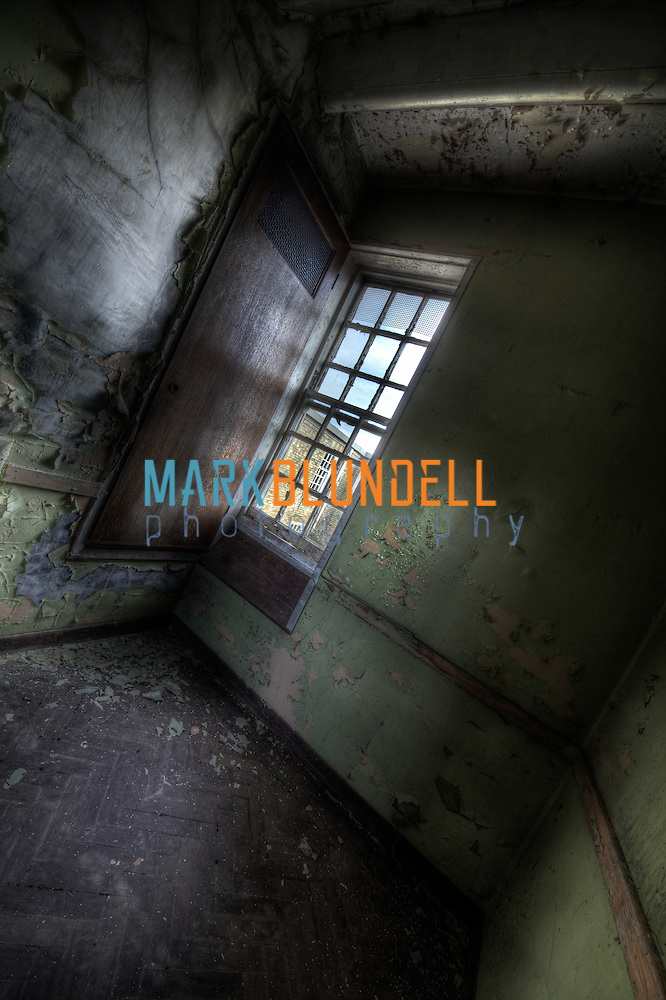 There were no wards as such, just single rooms – mostly with locking shutters and very small slits in the doors. Howzey led me to believe that this may have been for the more disruptive patients.I really can’t imagine being locked in one of these rooms and as we remarked when we were there, if you weren’t mad when you arrived, you certainly would be when you left. I must admit though when I was in the Royal Air Force, there were a couple of places where my room was smaller!