Another from my Sunday evening out. This is a three shot panorama, each made up of 9 brackets and processed through Photomatix.

The building is often confused with The Bank of England which it to the left of this structure. This is the third Royal Exchange built on this spot.

The third Royal Exchange building, which still stands today, was designed by Sir William Tite and adheres to the original layout – consisting of a four-sided structure surrounding a central courtyard where merchants and tradesmen could do business. The internal works, designed by Edward I’Anson in 1837, made use of concrete – an early example of this modern construction method.[3] It features pediment sculptures by Richard Westmacott (the younger), and was opened by Queen Victoria on 28 October 1844, though trading did not commence until 1 January 1845.

The Royal Exchange ceased to act as a centre of commerce in 1939, although it was, for a few years in the 1980s, home to the London International Financial Futures Exchange (LIFFE). It is now a luxurious shopping centre. 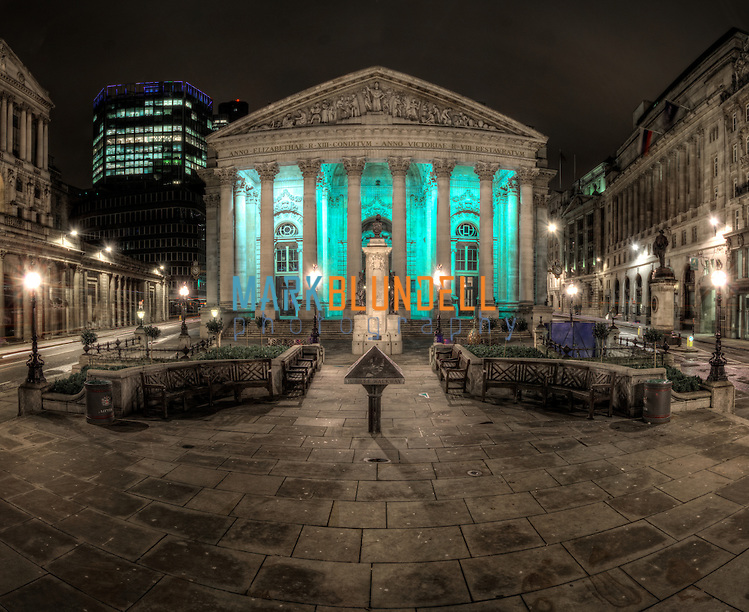