Pyestock – The Gates Of The River Styx

This evening I though that I’d have a look through some old images from way back when I started in this game. This was my fourth visit to Pyestock. Its the National Gas Turbine Testing Establishment. Pyestock was used to test jet engines from the 1950’s onwards. This is thee inside of Cell 3. I believe this view is no longer assessable unless climbing gear or a long ladder is used. the thoick access doors have now been welded shut.

The film Sahara was shot here and the jagged doors are part of the props that were left after the filming was completed.

Jet engines were placed in the area in which I am standing and fired up. They would be tested for heat and cold performance to make sure that there were no issues that may cause accidents. This was truly a place of men in white coats and pencils behind their ears.

The whole establishment is massive and unfortunately earmarked for demolition sometime. Its going to be replaced by a Tesco (UK supermarket chain) distribution centre. Yet another piece of history and engineering heritage lost forever. 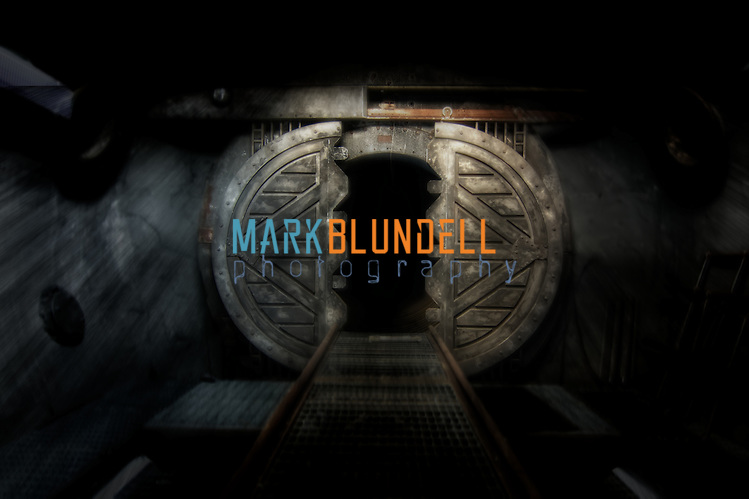 Click the image for a larger version and full gallery