There are lots of interesting places on the Hoe, little
cubby holes, arches and steps. Its interesting down by the shore as
the tide has great variation between high and low, weathering
concrete and metal. It made me think again of the contrast between
the summer and winter, in the summer this place is packed, almost
standing room only and its been that way for many many years.When
we were there it was pretty desolate 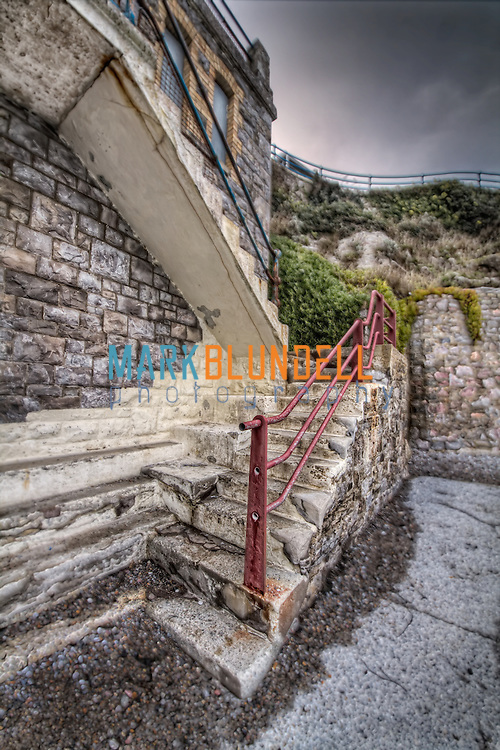 The contrast in colour and contrast of
The Hoe lends itself well to HDR, high tonal range between the
light and dark. The shot below is a six image processed in
Photomatix followed by a fair deal of Nik filtering. I’ve used Flux
filter here to give a little bit of a tilt shift look, it works
okay and achieved what I wanted., bringing out texture in some
parts that Were to be highlighted in the image and blurring the not
so important sections.