I’ve been doing MMA photography for around nine months now and fortunately fell into it, it wasn’t something that I decided to do at all, more an opportunity that jumped out at me partially by chance and I decided to grab it with both hands.

I was hooked after my first event at Fury 6 in September of 2012. I was shooting with a Canon 5D mk 3 and a 50mm prime lens, nothing special at all. When I got home I was over the moon with my pictures and the night as a whole. I met some cool people and got to suit right at the front. I was certainly nervous, but that was soon laid to rest. 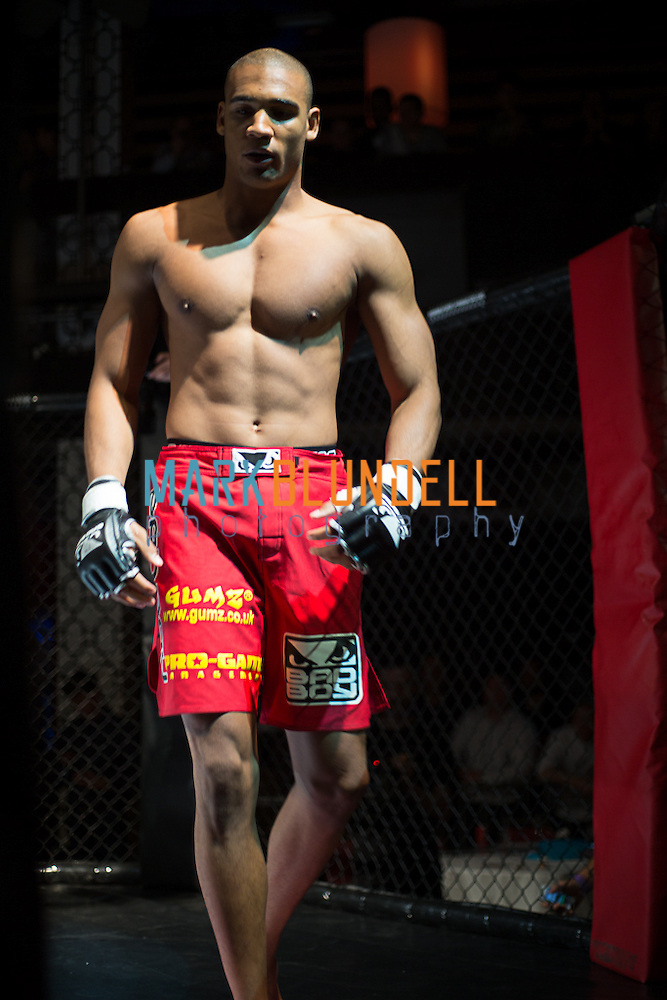 Max Nunes at Fury 6 – Now fighting on the BAMMA card.

Since then I have shot around 18 events, from small local shows to UFC in Sweden, so the whole range of shows. All fun and all with different challenges. Local events often have poor lighting and at UFC I was unfortunately in the cheap seats around (what felt like) two miles from the cage. I have traveled to Hull for 10th Legion, Leicester for Fight UK and Cardiff for Valley of Kings and of course Portsmouth for the awesome Shock n’ Awe. I’ve also been fortunate enough to be published regularly over the last few months as well in MMA UNCAGED 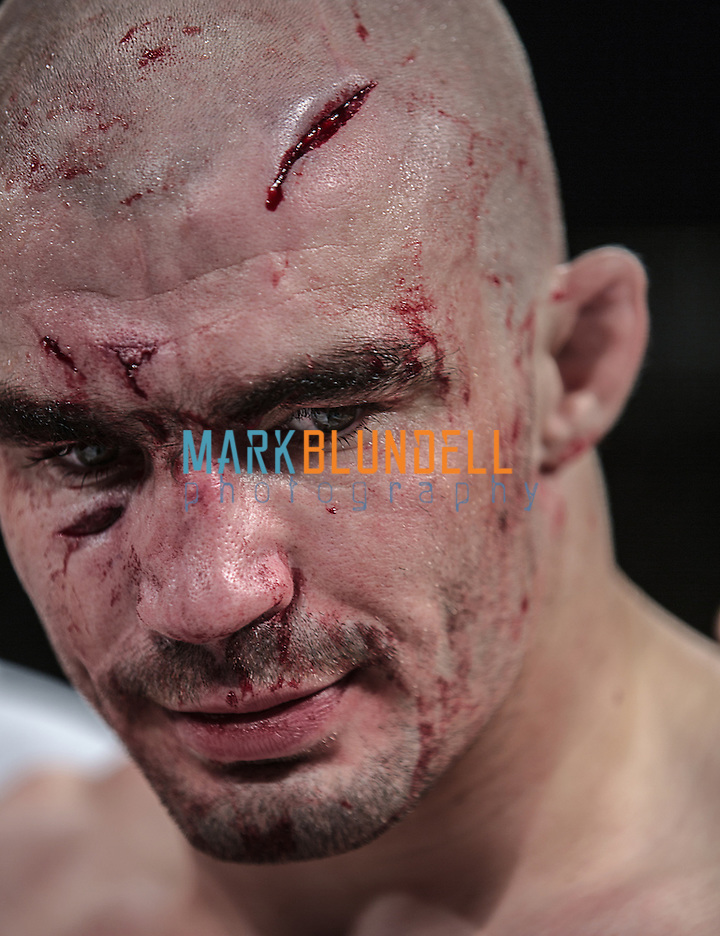 A lot of people think that this photography lark is pretty simple, however I can assure you that despite having one of the best seats in the house I very rarely actually watch any of the fights, sure I see them but my head is working overtime  thinking about focus points, framing and trying to follow the action. I have a particular set of settings that I use on my cameras that seems to serve me well, but might need tweaking now and then but all in all it’s a fairly simple setup.

On average I shoot around 3,000 images at an event depending upon how long the fights last, obviously round 1 TKO or submission will have far less images that a full three round bout. As I get better at taking pictures I have found tha tthe bar has been raised dor what I term ‘the keepers’ and have will manage to get between 80-100 shots that are of acceptable quality for three rounds. In the begingin I was far less strict with my selection and probably published far too many borderline images. I expect this trend to continue as I get more experienced and will hopefully turn out better quality shots as time goes on. 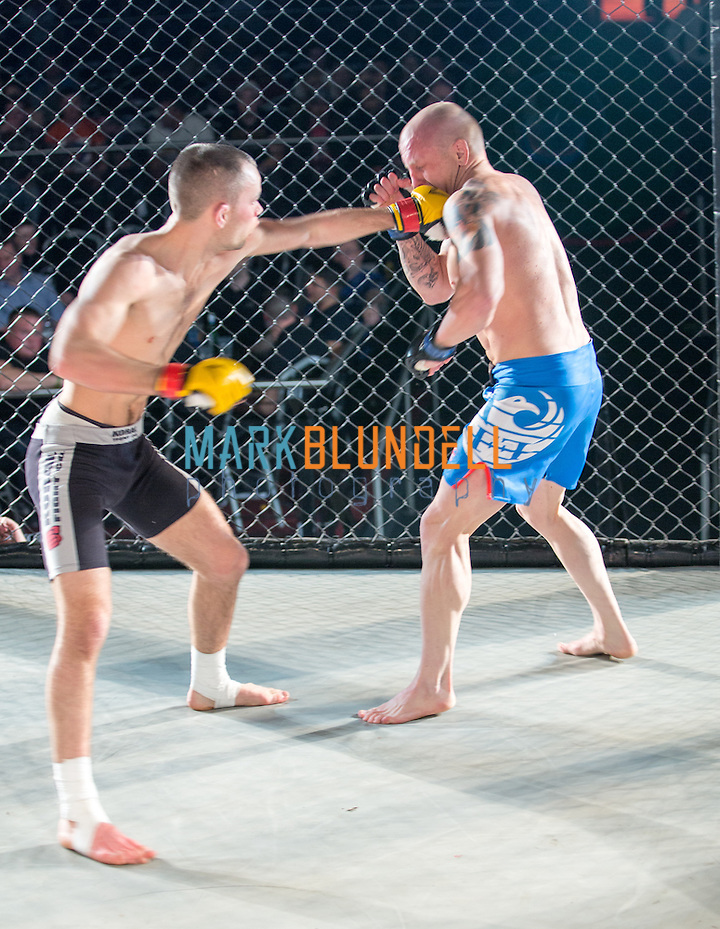 Mark Handley vs. Josh foster at Fight UK 9 in Leicester

Once at home, often in the middle of the night I rush to upload pictures, like a small child on Christmas Eve. I’ve seen what I think are awesome shots on the back of my camera, which often turn out to be out of focus, blurred or poorly framed. The selection process takes around four hours, on top of that I have to post process them all which is done in Adobe Lightroom so doesn’t take very long once i decide upon settings, the resize and finally upload here. The final stage is sorting out which fighters are which, putting them into respective galleries and of course posting to the appropriate fighters Facebook time line. 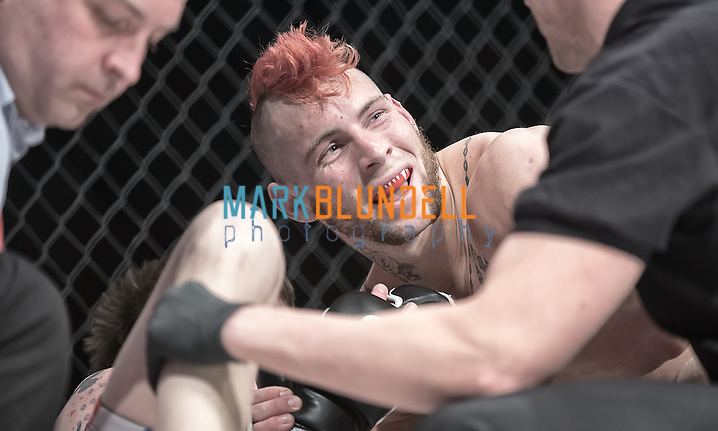 The whole process form leaving my house to having a beer takes around 24 hours. I’m very lucky that I have a supportive girlfriend who also takes excellent pictures and has her own website.

There is also a misconception from some  that all of the photographers get paid for events, this is not true, we do it for the love of the sport and of photography, as far as I know there are very few who do get recompense for their time and effort within the sport which is a shame as there really are some excellent image makers out there. The equipment isn’t cheap either, I’ve spent more than a years mortgage payments on camera gear over the last twelve months!