I recently went cycling with some friends and went past abandoned house VERY close to where I live. I’d not seen it before despite the location being so close to home. Several times I’ve driven past, and as the leaves have fallen to the ground its been obvious to me that the place was properly protected with steel shutters all the way round. Today I decided to take a closer look. After having a scout around the outside and resigning myself to doing some externals I came a cross a steel door that someone had ‘modified’ so I could get in.
I wasn’t sure what I would find as it looked pretty run down, as with a lot of urbex locations in towns I was half expecting to find someone in there. There were no footprints in the snow though so I felt fairly safe. Upon entering there was evidence of people having stayed there at some time. I’m not sure if this was recent or not – mattresses and beer cans were strewn about the place.

Upstairs two floors are pretty trashed, the condition all over the house is pretty much as in the picture – lathe fallen from the walls and plaster from the ceilings, floors look quite sound though. 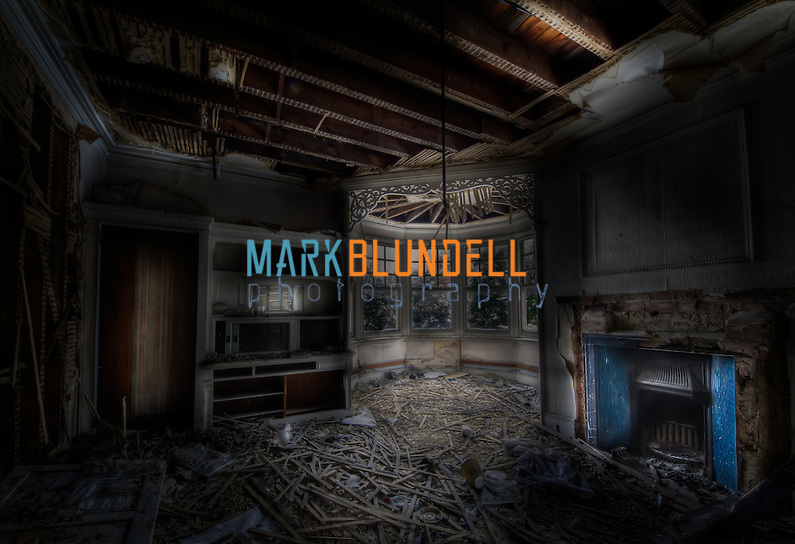 Its a good find thought and I am sure I’ll be going back soon, there’s not that much of interest, but enough for another look. More shiots to come in the week as I work through the set.