Those were the days eh! Three years rent £13!

This was on top of a pile of papers left in the Great Hall (which I have now found out was a library). Thing like this I hope are kept, it shows a good deal of history about the place, there were many other artefacts laying around in piles, partially discarded. Maybe cleaned up by the builders to save for the owners should they want to keep them. I really like the writing, there are very few people with the skill to scribe with such a flourish nowadays. What with the accent of affordable PC’s the ability to write well is often neglected.

I think this is the oldest thing I have found on an explore by quite a long stretch. I knew that it would process up well, but wasn’t sure where to leave the focal point, I decided in the end to target the data as that was what first drew me to this slip of paper. I also liked the signature as it appeared to me to say ‘Major Disguise’ which I found a little amusing! Its very easy to over process the HDR on parchment of any kind, the grain in the fibres really presents itself so I had to dial it back a little. Overall I’m happy with the outcome. 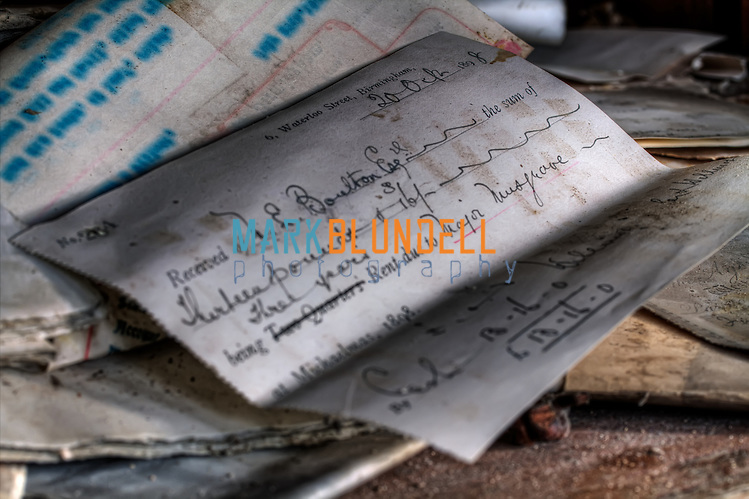