Manor House B – The Lookout

I think that this will be the last image from the series for a while. I need to have a slight change of subject. I’ve gone slightly stale with these so will be returning to some asylum images later this week I think.

This was probably the least remarkable room of the visit, however I really liked the chair facing the window with the door off to the right. I hoped that I could produce a dreamy image with some sort of ethereal feeling to it and I’m happy with the results.It also strikes me as an optimistic composition, something fitting to end on.

The house was built in 1870 for a local family and remained in the family until 1956 when it was sold to the present owner who was unable to afford the upkeep after a poor job on the roof that caused all of the damage to the upper floors.

He actually either lives, or until recently lived in a caravan next to the site. It was his documents and schoolbooks, that we found upstairs. A sad reflection of someone on hard time who no doubt wanted to keep the family house in which he grew up. The house was put up for auction in 2009 with a reserve of £640,000 which it failed to reach. The estimated repair bill was likely to be £1,000,000. The exterior is held together with scaffold and probably a lot of the ivy!

I also discovered that the house is due for demolition as its so rotten. However it is to be rebuilt to the original plans, so there will hopefully be a shiny new ‘Manor House B’ in the near future for another family to enjoy. 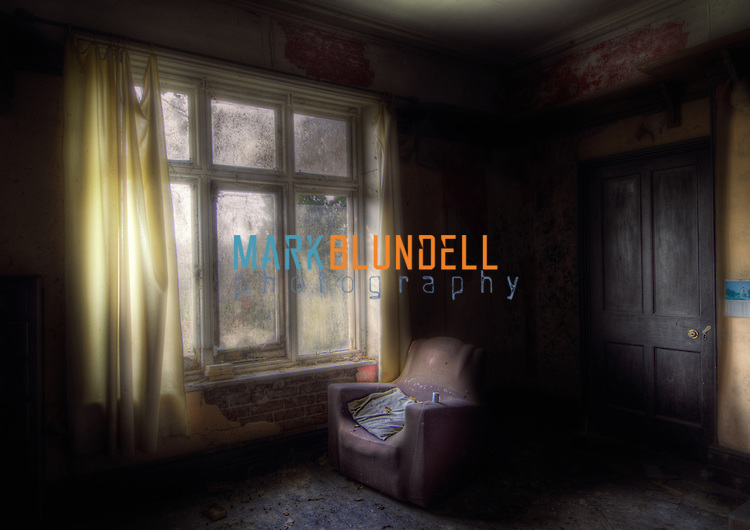 Click on the image for a larger version and full gallery.