After posting a few images of the fireworks and shots from the weekend I was surprised and totally shocked to find out the power of Twitter.

Until now I’ve been a bit skeptical about how many people my blog and twitter actually reach and who actually gets to see my images via this means. I use Google analytics so know how few people actually look at my blog. I also have a Flickr stream (www.flickr.com/blunders500) and look at the stats on there for daily viewing. Flickr gets gets far more views than the blog probably because  I’ve been using Flicker for a while and have a good bunch of people following me.  Mostly fellow explorers (or Urbanators as my mate calls us). I generally get around 100 views a day on my Flickr images. There are occasional spikes which I can only attribute to search engines doing their thing.

Yesterday however after posting my ‘Skynet’ and Fireworks images on Flickr I was shocked to see the numbers rise and rise and rise. This was all because I tweeted in reply to @LDN who had linked to some Lord Mayors firework shots. After that things got a bit ballistic and I’ve had countless friend requests and twitter follows. Added to this Skynet made #30 on Explore and Lord Mayors Fireworks were #27 on consecutive days

Anyway whilst trying to surf the wave here’s another night time image from Friday evening – its a 5 shot HDR with the 18-135 shot at f9. Exposures from 5 to 25 seconds. there’s a little bit of Nik going on but that’s about it – only using Pro Contrast filter and RAW Presharpener. The rest of the processing is done using brighter and darker curves and masks. simple really! 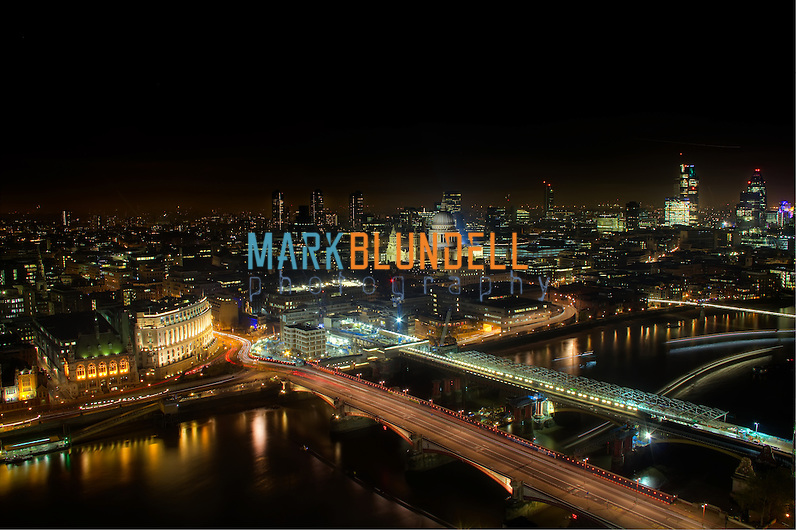