I was lucky enough to be asked to shoot John Hathaway and some of the other fighters  London Fightshooters this week.

This is the first time I have shot someone in the UFC and I have to say John was an absolute pleasure to work with.He’s currently 17 -1 which is a pretty impressive record! 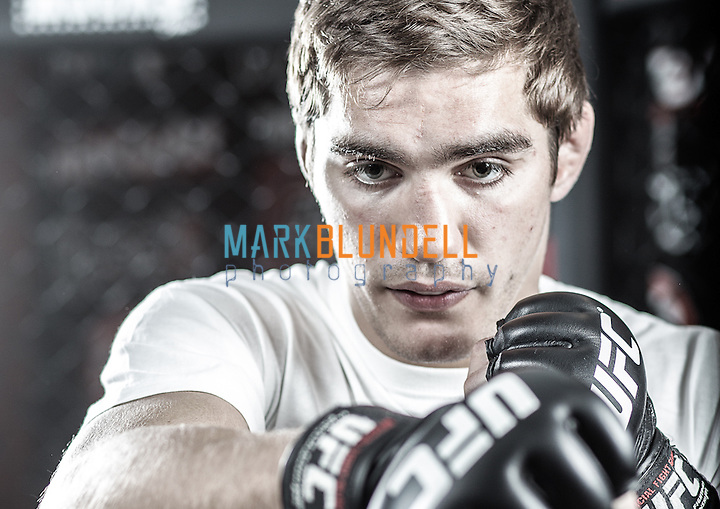 As some of you know I’m fairly new to the scene and as such I don’t really know who the stars are and therefore don’t get starstruck. I actually find this to be a massive benefit. No matter who I am shooting each person is treated in the same polite manner, just as they should be. Consequently I’m no more (or less) nervous whether I’m shooting a local club fighter or someone who is one of the top dogs like UFC’s John Hathaway.

I have plenty more from this shoot but can’t post them as yet as they may be used for publication in a UK magazine.

This image was shot inside the London Shootfighters cage using a three strobe set-up. I think that this was taken with one light in front and to the right, one up high and to the left and another three quarters behind. This is one of my favourite shots of the set, somewhat unposed as I has asked John to do a little slow shadow boxing and not actually pose for a few.