After spending time ‘up top’ we came back down to try to get some decent shots of the buildings opposite our location. I was interested to see both buildings as (in my real world) I’ve had a client in both buildings.

I was surprised to see that several of the floors in the building on the right empty, its fairly new and very well appointed , but I suppose that’s just the way  with the economical situation as it is.

I’m really happy with the way this has turned out – the lighting was just right and I hope that I’ve done a good job of making the image look somewhat futuristic, despite the taxi’s parked up.

Ropemaker on the left was built by Arup Associates in the last 36 months, No 1 Ropemaker, better known as City Point by Sheppard Robson. Initially built in 1967 the building held the ‘tallest building in The City of London’ crownfor thirteen years between 1967 – 1980 at 122 metres. City point was refitted and re-clad in 2000.

While shooting this there was a rowdy rabble of drunk girls below (it wasn’t ‘that’ late) and my friend remarked how they were being far more anti-social than us, they were being noisy and disturbing the peace whilst we were quietly enjoying the view over the City, yet of the two contrasting groups we would be the ones considered more risky and subversive, ultimately more ‘in the wrong’ – how right he was, and how sad a situation that is.

You should click the image it looks far better large. 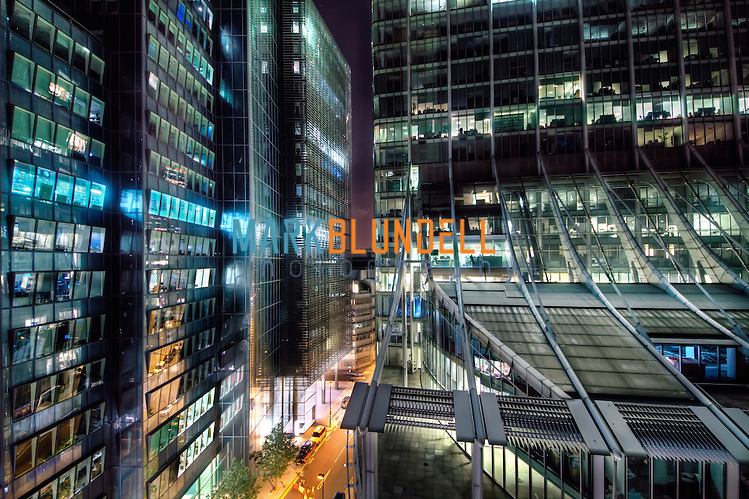 Click on the image to see the rest of the London night gallery and to purchase images.