Last weekend we took a trip to Margate for Killacam Fight Night 7 Invictus. I’ve never been to Margate or to a Killacam event. To be totally frank, I wasn’t sure what to expect, however I’ve met the promoter Cameron Else several times both at events where he was spectating and at Cage Warriors where he was competing. I really liked him so thought it would be worth a try. The drive was easy, and we found Margate Winter Gardens easily. Stepping into the event I was pleasantly surprised. A lovely traditional space with a great large cage for the fighters, plenty of tables meaning that the punters wouldn’t be too cramped as well. Cameron warmly greeted and briefed us and issued passes and we were set. 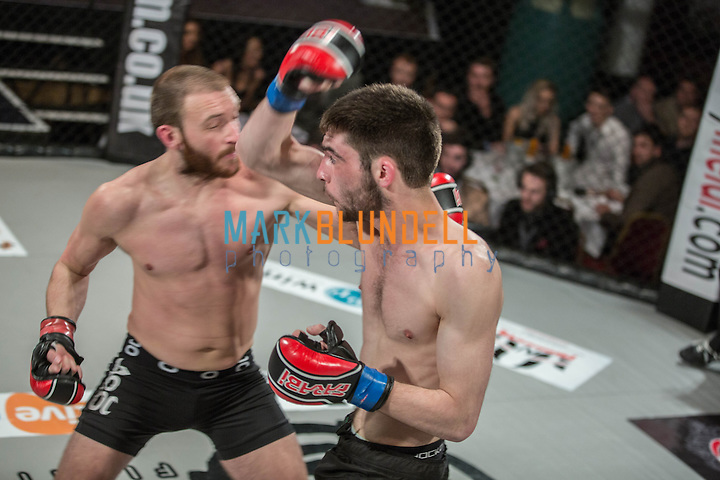 The event kicked off on time at 6pm with the only amateur bout on the  xx fight card. As the event progressed so did the skill of the fighters, all evenly matched and mostly from local clubs Silverbacks and Jordan Millar with a few others thrown in for good measure. By 7pm the venue was full, another couple of photographers turned up and we happily agreed to share the ladder and take it in turns. Just how it should be, professional respect and helping each other out. 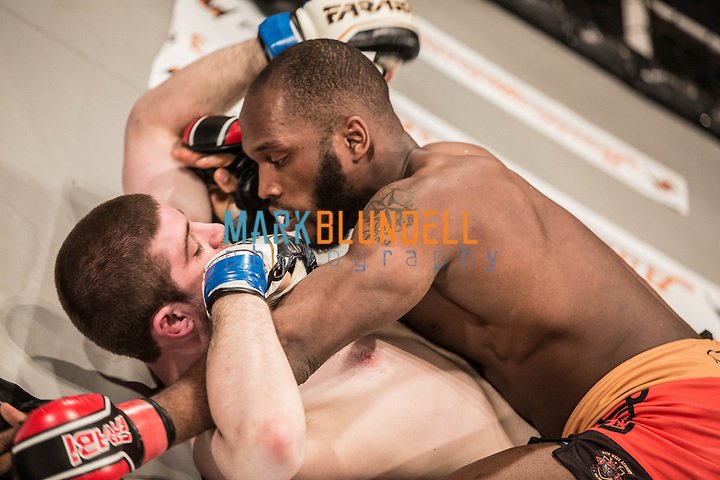 The main card was superb, a step up from a regular local show with fans from the clubs getting involved in cheering their fighters on. As the evening ramped up so did the excitement and noise. 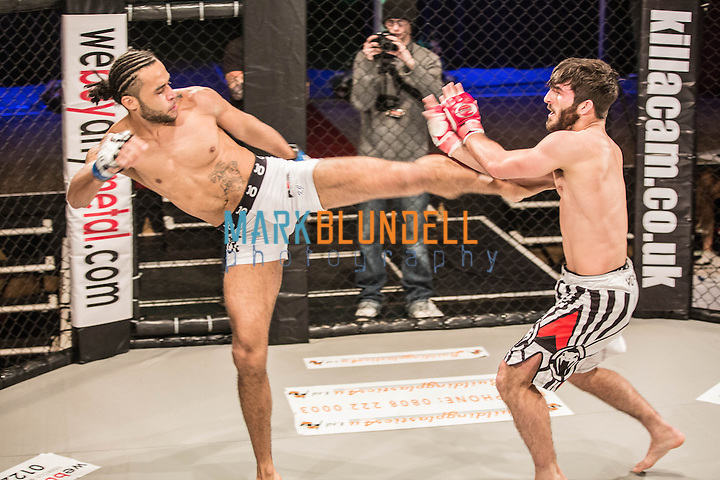 The final bout was between Ben McGonigle and Frenchman Ylies Djiroun. Earlier in the evening Cameron had told me that he had to go to the airport to pick up Djiroun, showing his commitment to the event. I’ve seen Ben fight on UCMMA a few times and really like him, both as a fighter and as a person, always happy and always up for it. I knew this was either going to be an easy one round bout for one or the other fighters or a total war. I was glad that it was the latter. The first two rounds defiantly went the way of the French guy, he landed some vicious elbows right in front of me resulting in a massive bruise on the cheek of McGonigle, as the fourth started it was obvious that both fighters were heavily fatigued. 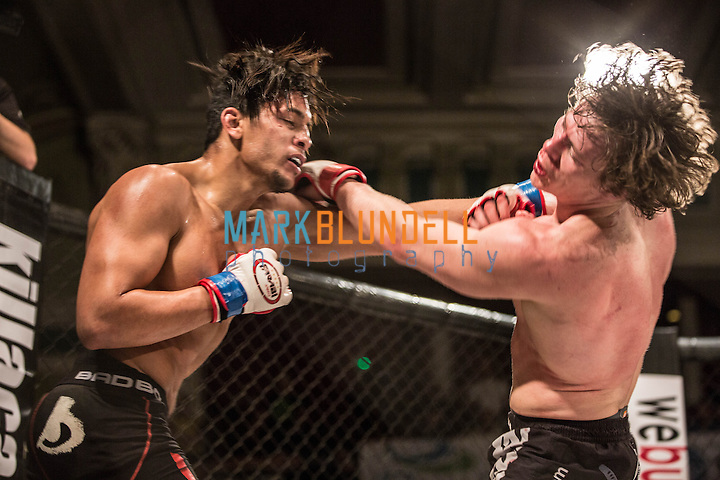 Ben stepped it up and gave a master class in body blows, stomach and obliques being the target. It wasn’t long before Djiroun dropped to the canvas. Ben was quick to capitalise on the fall, however the ref stepped in before more damage could be done. Both fighters were totally drained, the war of attrition complete with McGonigle showing once again that he is a tank and can take an amazing amount of stand up punishment. 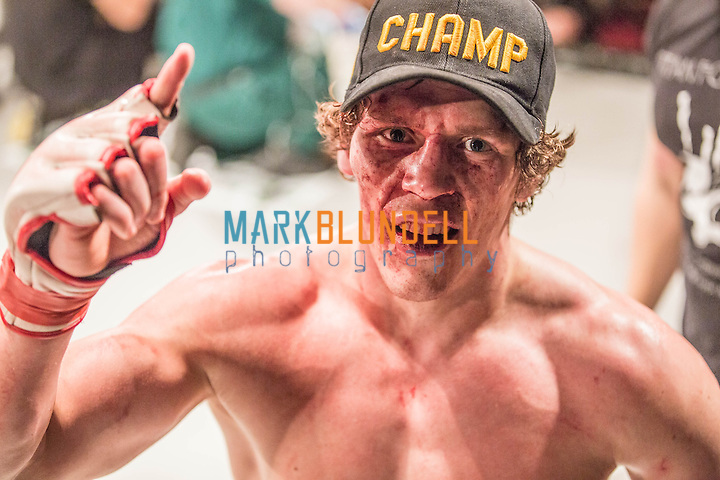 All in all this was a superb evening of entertainment from all involved. I really couldn’t have asked for a better setting, organisation or crowd from a show of this size. Cameron certainly has a winning formula and in my opinion should stick to it.

Photographically I couldn’t have asked for much more, the cage was large giving fighters space to move and the lighting great meaning that I didn’t have to push the ISO too much. Added to this there were only three or four photographers so no one was getting in each other’s way and we a mangled to easily work around each other.

The only downside was that I got home quite late and Palace Kebabs was closed.

Karlos Kaminskas def. Ryan Mairs via TKO (strikes) at 2:01 of the rnd 1

Chris Saunders def.Jason Collins via TKO (strikes) in 0:21 of rnd 1

Thanks to MMAPLUS for the company driving as always.