I was recently invited to shoot “Judo” Jimmy Wallhead for MMAPLUS up in Leicester, another of the fighters due to appear at BAMMA 13 in Birmingham on September 14th. I’d not seen Jimmy fight live before but spent a bit of time looking him up before the trip to the Rough House. Jimmy started out with Judo at the age of 7 and achieved three under 21 British Championship Titles in his early life. 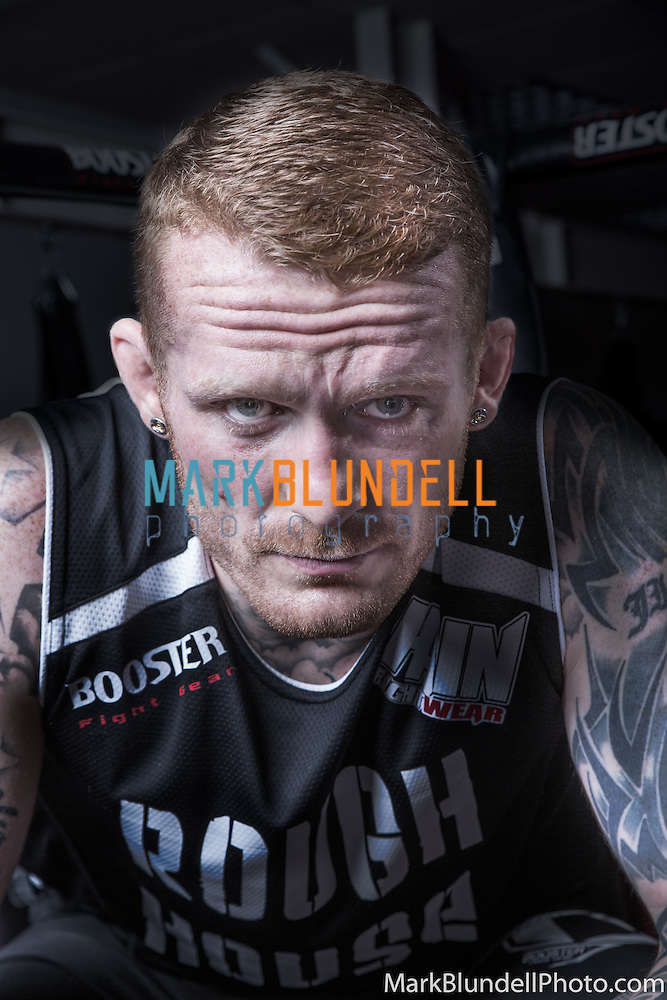 I found Jimmy to be a very personable guy, having not met him before he was exceptionally friendly and his manner and attitude allaying his somewhat scary tattooed frame. Jimmy was more than willing to pose and take time for photos after his training session and be interviewed by Roberto. 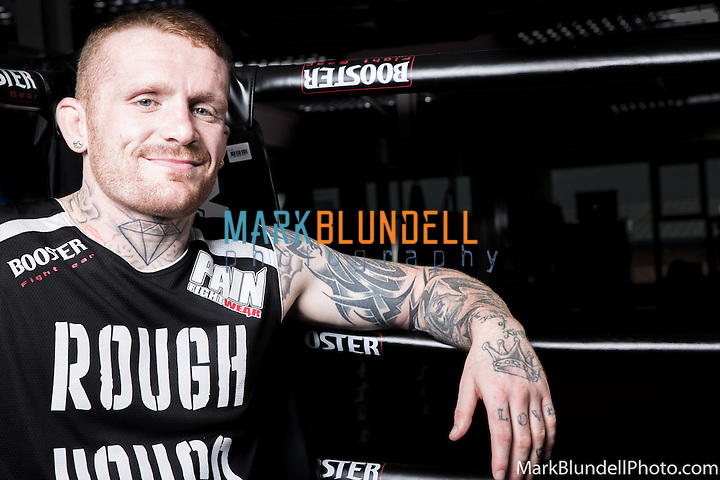 It was plain to see that he was puffed out, lots of training, both his own and taking classes after taking its toll. One of the advantages that I have being not to clued up about the MMA scene is that I cant fully converse on the subject yet, therefore my conversation tends to be around things that affect us all – family and holidays. I asked what he was up to for the rest of the day, Jimmy explaining his tough schedule. I asked what he would be doing after BAMMA to which he replied ‘taking a holiday’, enquiring when the last time that he actually had some time off I recall that the answer was ‘about three and a half years ago’. Jimmy was very much looking forward to spending some time with his other half and family, away from training giving back a little of what his family have to put up with. 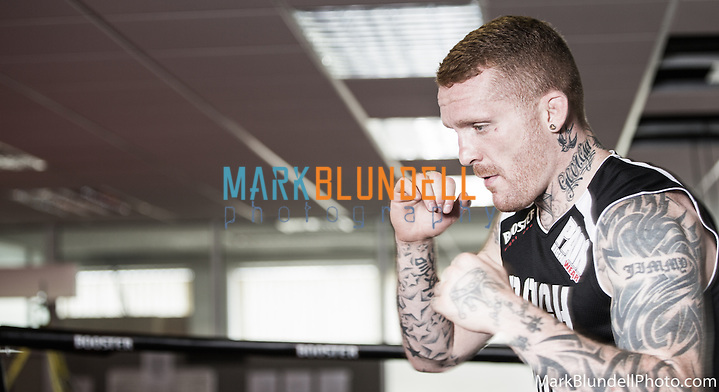 I’m sure that this is the same for all fighters especially the professionals whose only source of income is the fight game. Rather like footballers and other professional sportsmen / women the career length is short so as much as possible must be made of this time and their lives are given up to training, training and more training to remain at the peak of fitness. I can imagine that it takes a very special woman that puts up with this especially in an industry where the earnings are not stellar.