I think this was the second hospital we visited, or maybe the third, not quite sure. There was lots of ‘stuff’ left around and it was somewhat reminiscent of West Park in that respect.The three of us were left to wander without any interruption, the location being large enough to not interrupt each other and each get different shots. Much as its great fun to go out in a bit crew, there can be a lot of waiting around to get the same shot as your mate, so three for me was the magic number here.

All urbex photographers like a wheelchair (almost as much as a toilet)! There were plenty to choose from here, lots of different styles and ages too. Its a bit of a cliché, but what the heck! 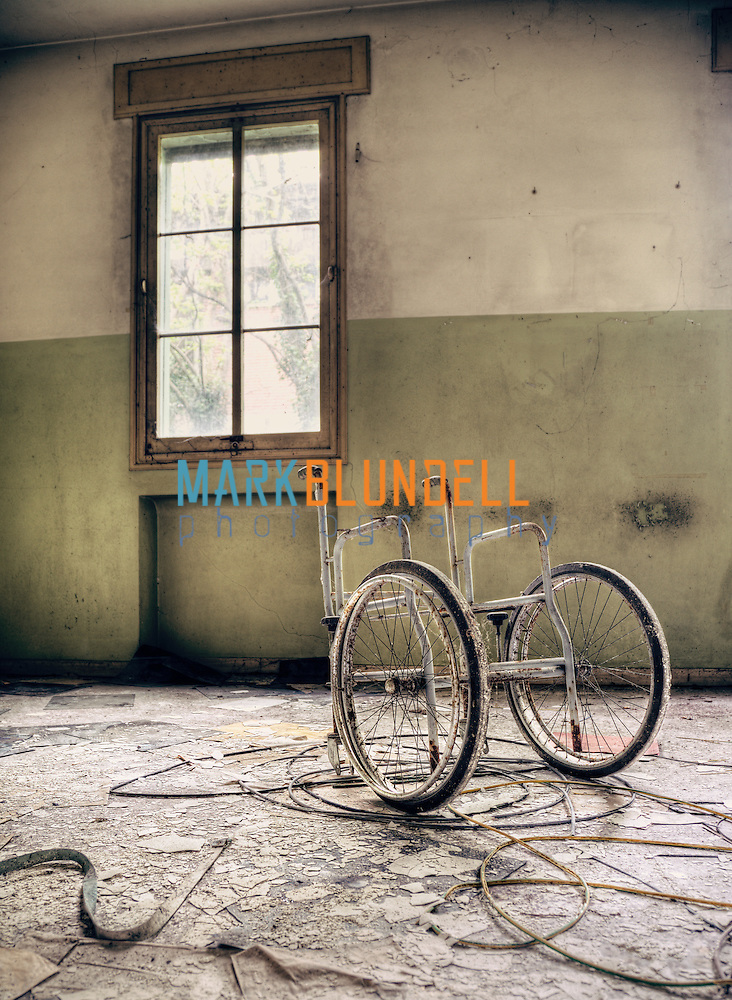