After creating the previous panorama and seeing comments I decided to have another go. I wasn’t particularly happy with the way the top and bottom halves lined up and really wanted to add the ceiling decorations. I wasn’t able to do this on the image before.

One of the comments on the previous image was from Dave Wilson he had explained that Photoshop was able to stitch images from all axis, not just horizontal. I set out to add some additional images and see what ‘Shop would achieve. The addition of the roof area takes the image count to around 75, 23 three shot brackets, manually processed in Photomatix and imported into PS. After several attempts I managed to get something that looked good, both well stitched and covered all of the areas I wanted to highlight. I explored the different options for stitching within Photoshop and found that the ‘auto’ setting was the best, others gave a somewhat banana shaped composite.

The image was pretty good on its own and only a few changes and filters were required, brightening and darkening some of the layers with a little sharpening. I also had to clone part of the shot as I’d missed a small area.

Each process was taking around 20 minutes for PS to complete, so I managed to do a lot of house admin whilst it was chugging away. 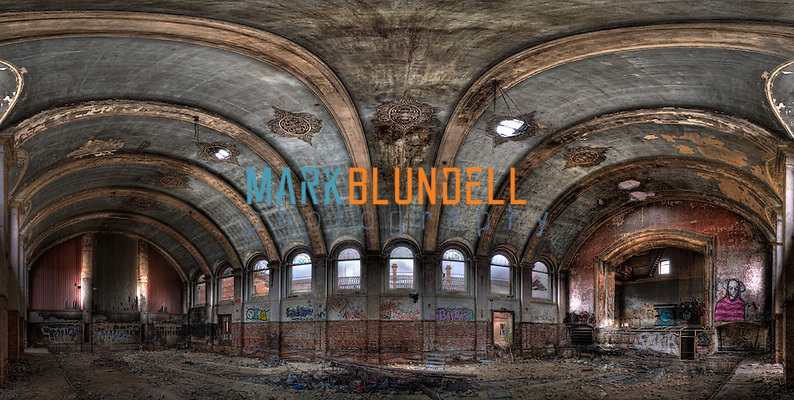 Interested (as boys are), with graphs and the like, I was keeping an eye on my processor and memory utilisation. Memory usage peaked at around 7GB but processing was still topping out at only 10%. Testament to the investment of and new PC and CS5 64bit.