On Sunday I took a trip to the Heygate Estate in Elephant and Castle in London. This estate was completed in 1974 and was originally conceived as a model of modern urban living with large airy rooms and great views over the center of London. However in recent years due to architectural  and maintainence issues fallen into disrepair and had become a haven for anti-social behavior with tenants complaining of noise, crime, poverty and dilapidation.

The estate is now 99% vacated with demolition due to start on 14th February 2011. However the demo will not complete until 2015 due to the large amounts of asbestos remaining within the building.

Because of the decayed urban environment, the estate has been extensively used as a filming location. Films have included Shank] and Harry Brown and The Bill TV series In total, 76 films have been made on the estate over three years to 2010. 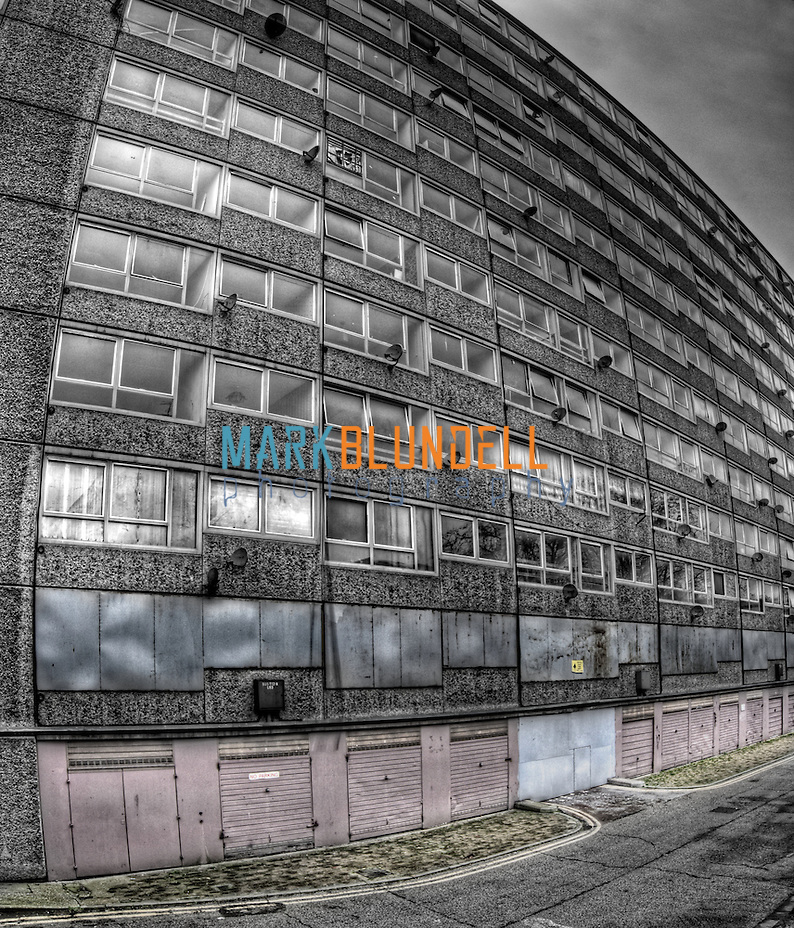 Both images are fairly heavily processed with HDR, primarily to bring out the gritty and grungy atmosphere. I think it totally suits the location. I;ll take a return trip here to see what else I can shoot, its a totall warren of tunnels and walkways, not somewhere I would like to go alone at night.