In one of the farms wings there were three rooms, light and airy with large windows overlooking the spaces. One of the room was filled with what can only be called ‘junk’ however there were two chairs that stood out and us urbexers all like a chair as a subject. The frosted windows gave a nice light and the green of the encroaching ivy worked a treat.

I’ve often looked at many my prints and realise that a lot of them appear to be muddy brown due to both processing and subject – generally dimly lit and decaying. Where I can I try to lighten up the mood a little and did my best to make this as colourful as I could whilst still retaining the derelict look of the shot. 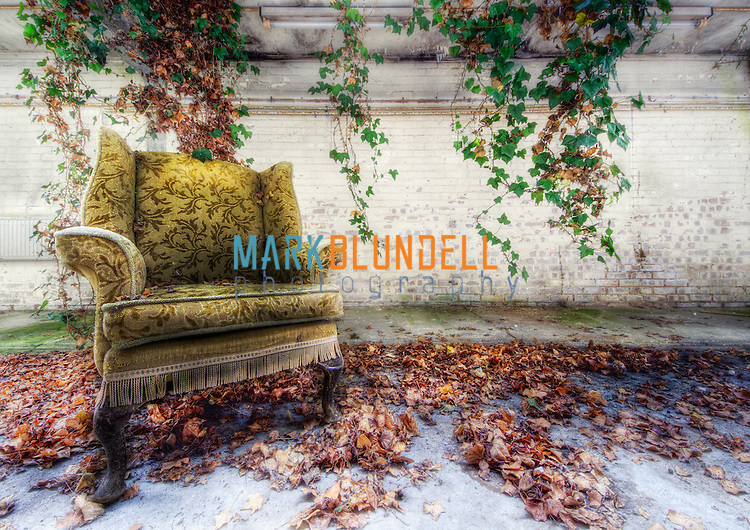 Click on the image for the rest of the gallery and larger image.

This image was brought to you via The Smashing Pumpkins.