On Saturday I went to Lulworth Cove on the Jurassic Coast in Dorset. So called because of all the fossils that can be found here and interesting rock strata. I’ve been here as a kid and recently with Viveca, but thought that a return visit was in order. Its a very bust tourist place, so hard to take something at least half original. I decided on a couple of panoramas. Here’s the first. Its taken from on top of a prominent outcrop called Durdle Door – the next pano will explain that.

This is four images stitched together in CS5, each is made up of a nine bracket HDR created using Photomatix. To finish off I’ve used Nik filters and a few curve tricks. I like it, however some may say its somewhat eye searing!

The original size of this image is 31″x16″, so would look very nice printed out large. 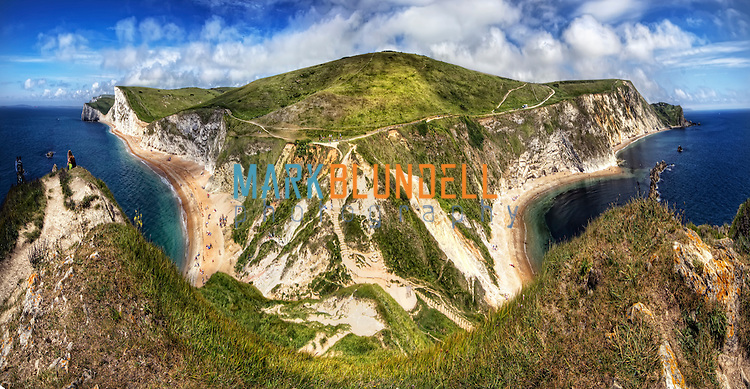 Click the image for the full gallery and a larger version of the image above.