Sheep have grazed upon Dartmoor in Devon for thousands of years. Mills have consequently sprung up in the locality for several hundred years. These have all but closed now as the processes become more mechanised and automated.

The sheds were used for grading, spinning and washing until the 1930’s when the machinery was sent away for the war effort. After that the buildings were used mostly for storage of milk and rice.

In the 1960’s the mill was returned to its original use with buyers coming from all over the country to sample The Wool Board samples. The local river was partially diverted and generated power for the mill, the excess being sold back to the Electricity Board.

In 1992 the stores were closed for the final time and the sheds have stood empty since then despite a brief from the local council to redevelop the buildings into restaurant / sports hall or local museum connected to the wool industry.

In 1994 the buildings were sold to a local land owner and have stood vacant ever since. However looking at the land and reading reports I believe that they will soon be redeveloped into residential properties, maybe not the best resolution, but at least they are being used and the fine buildings will be preserved for others to enjoy. 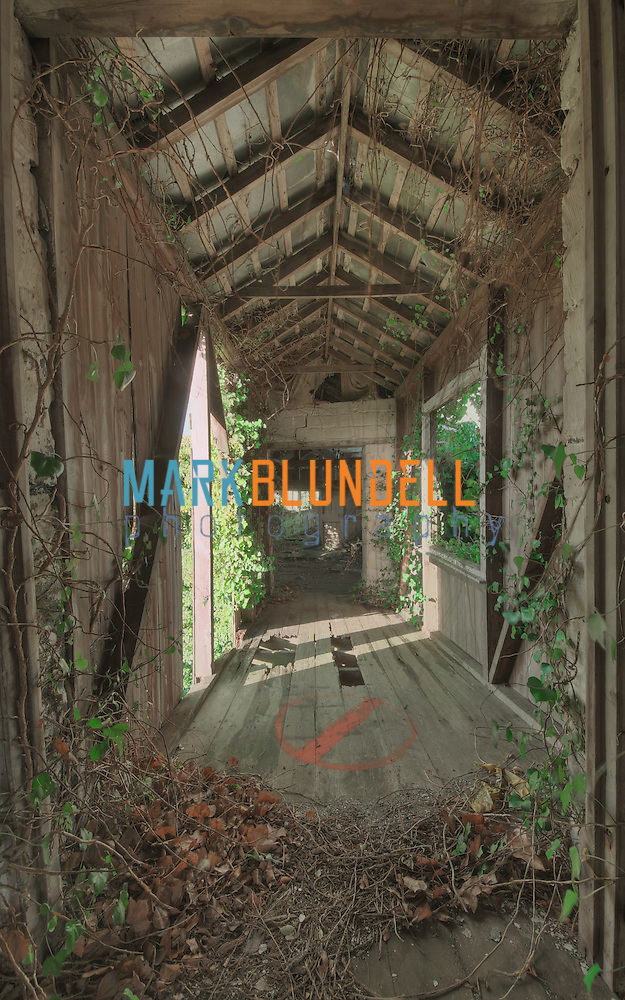 This shot is taken from ‘the other side’ of a rather unsafe bridge between two buildings. I’d checked from below and believed that the bridge was safe. The same could not  be said of the room through the second door past where this was taken from. . . . .