Cotehele is in The Tamar Valley on the border of Devon and Cornwall, once this area was awash with market gardens, the steep south facing hills giving a great aspect for growing flowers. The area was mostly known for daffodils, these gardens are no longer working, however various kinds of daffs can still be found in the hedgerows in spring. Cotehele was known for its apples and there are a number of apple trees still at the house. I can attest that they are indeed very tasty!

This potting shed may in the grounds of Cotehele is almost as it would have been fifty years ago when the harvest was in swing with the apples and flowers getting boxed up and ready for transit to Plymouth by boat from the quay below.

I took quite a bit of time processing his image and have shot it several times before, however this is the only time that I have been allowed to take my time and capture exactly what I wanted. Viveca and I were two of very few people visiting in-between new year and Christmas, so we were able to take our time. 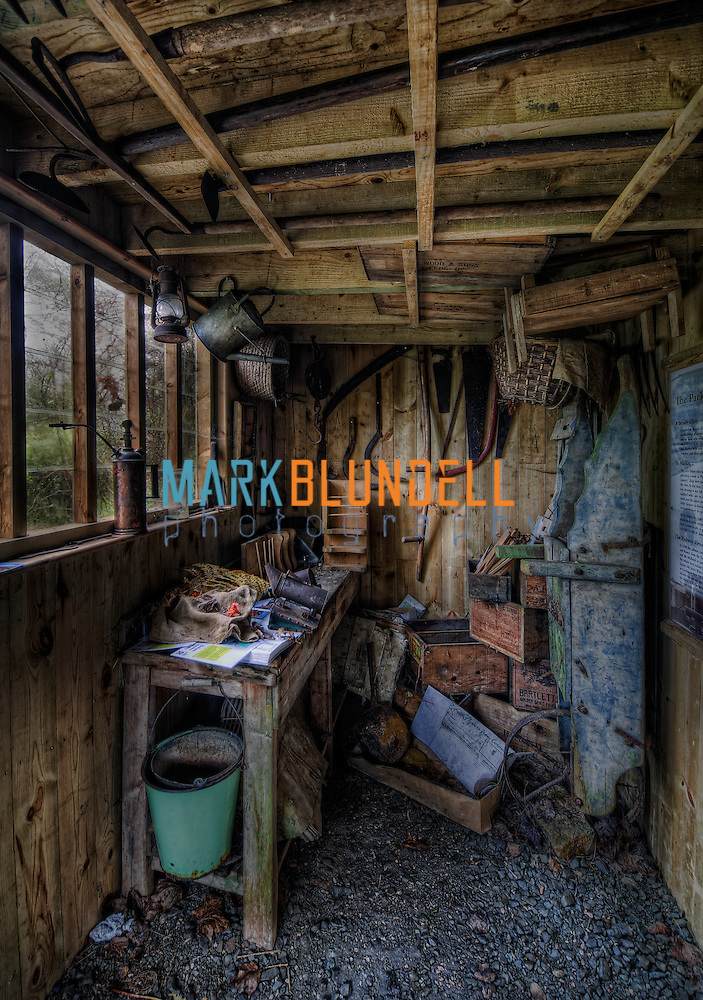 Click the image for a larger version or to purchase.