Sometimes when I go out exploring solo I like to have a bit of an SP session. When going out in a group, its customary to grab a crew shot however this doesn’t always happen. I’m all too aware that I have very little time to get people posed and composed correctly. When shooting myself there are certainly challenges, but different ones.

Definitely shooting with low aperture its hard to get the focal point quite right. I’ve become adept at manual focusing at the ground and panning the camera up to where I think I’ll be standing, often marking the right place with a stone or something small. The other option is to use the AF functionality and remote., this again has its limitation as one has to be standing in the right place for the AF to work correctly. Given that I don’t have a zonal AF on the 550D its sometimes a little tricky and I generally end up having LOTS of duff shots. Its also a pain going back and forth between camera and spot to try to resolve issues.

This image was shot on a higher aperture, so came out well and unlike most of my work its the result of a single shot so no HDR.The image was processed using a combination of Nik and OnOne filters.

The fort was a casual explore and given that there was no easy way down to this level I had to use some climbing slings to reach this spot I was very confident that I wouldn’t be disturbed, hence the casual attire! 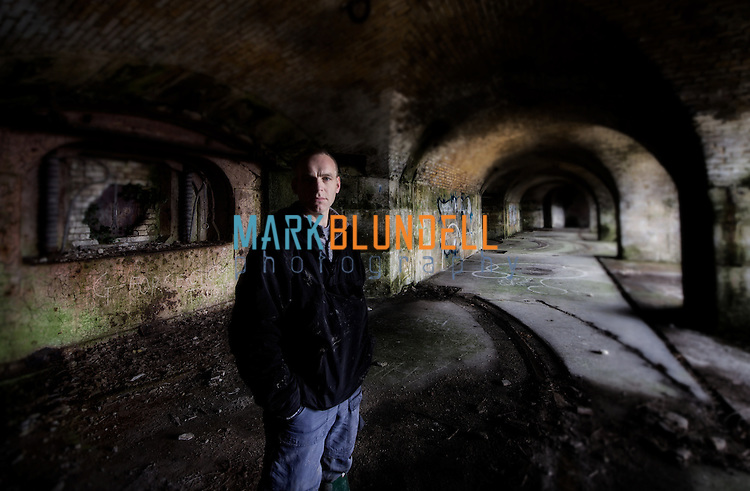