Cliffe Fort – In The Stomach

A change from the asylum pictures was needed. I’ll be back to them again soon though, There are still plenty in the bank.

This was taken a few weeks ago in a disused fort at Cliffe in the UK on the Kent coastline.It was built in the 1860’s to defend against the invasion of London via the Thames Estuary at the same time as many other forts along the UK coastline.

The fort was armed with  12.5-inch 38-ton and 11-inch 25-ton rifled muzzle-loading guns. The rails on which the gun carriages stood are all still visible today. After doing a little research I found out that the fort would have accomodated 300 men, this I find hard to believe given the space inside, and the fact that I only found one toilet and bath block, which would have been nowhere big enough to sanitise that many soldiers!

The shot below was from my second trip, I was better armed this time and came with WADERS! I’d been the week before and was keen to explore the lower levels that were filled with water. My boots the previous week we just not up to the job. The extra expense was worth it and after getting used to having water up high it  made for an interesting photographical excursion. The added fuss of not having anywhere to put the bag down, trying not to fall in the murky water and getting a bit cold just made it more fun. On top of this – I’m not sure how many people have been onto the bottom floor. 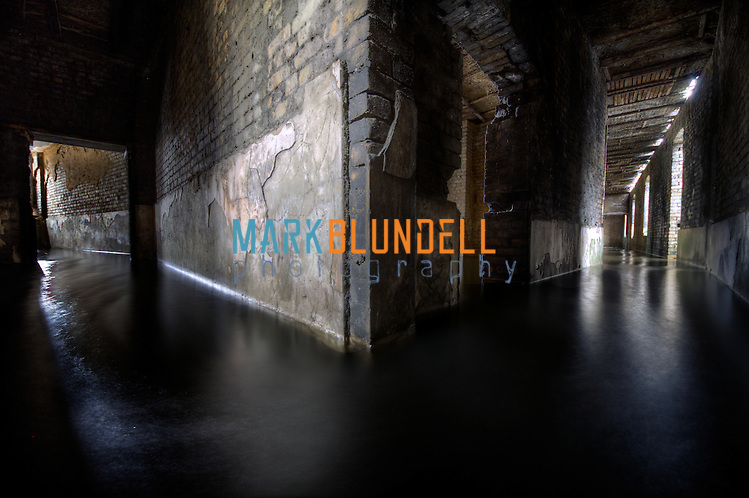 There are still parts that I’ve not been to – the dark and unknown getting the better of me, I need to MAN UP!