One thing that some of us UE enthusiasts like to do is have a bit of a laugh . . .dressing up pretending to be scary, I’m not sure if is just a European thing, but for some reasons gas masks seem to be a favourite prop. For me this partially stems from  a Shane Meadows film – Dead Man’s Shoes. A revenge flick about a guy whose disabled brother kills himself after being taunted by a bunch of hooligans. Its a great film, quite understated but certainly scary.

I’d had this shot in my mind after the first visit and went tooled up with the Finnish mask as opposed to the Russian one (yes I have two)!  The Russian mask is all black and I thought that the grey would go well with my pull-over – see I was thinking fashion too. I was trying to go for an aquatic butcher with the waders giving the look of overalls. Not sure if I really pulled it of, but it was fun to shoot anyway.

There is no HDR in this – it was too dark to shoot a set of brackets and stand still in that pose for 30 seconds plus, its a single shot at f4.5. 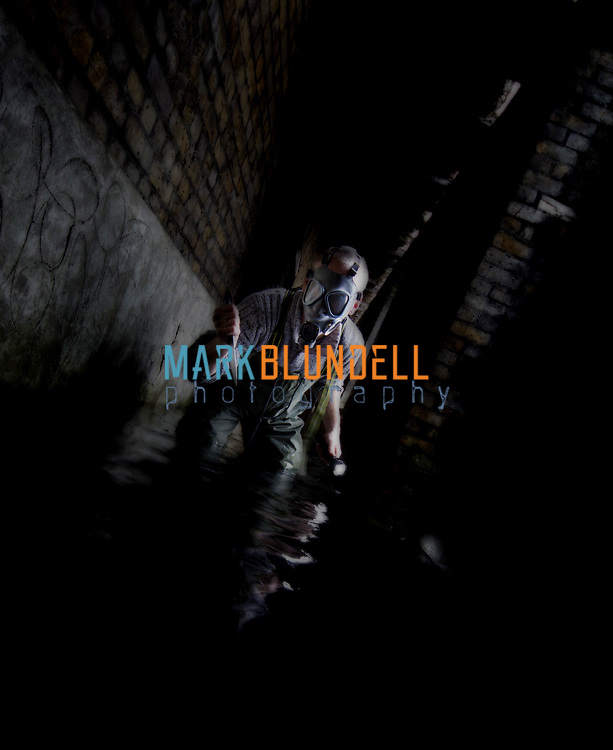 Click on the image for the larger version and full gallery