Another of the locations that we visited on the recent tour of some Benelux urbex goodness. This was a small house in a tiny village on the borders of Luxembourg and Belgium. After an initial recce we decided on a not so obvious entry and were met on entrance with a group of Dutch explorers. They were finishing up as we were starting. We said our ‘hello’s’ and continued with the task in hand.The property was a goldmine of things left for what appears to have been around 30 odd years, dusty and crusty, bottles, books and the like left to nature. Luckily the property appeared to be watertight so little rot had set in. 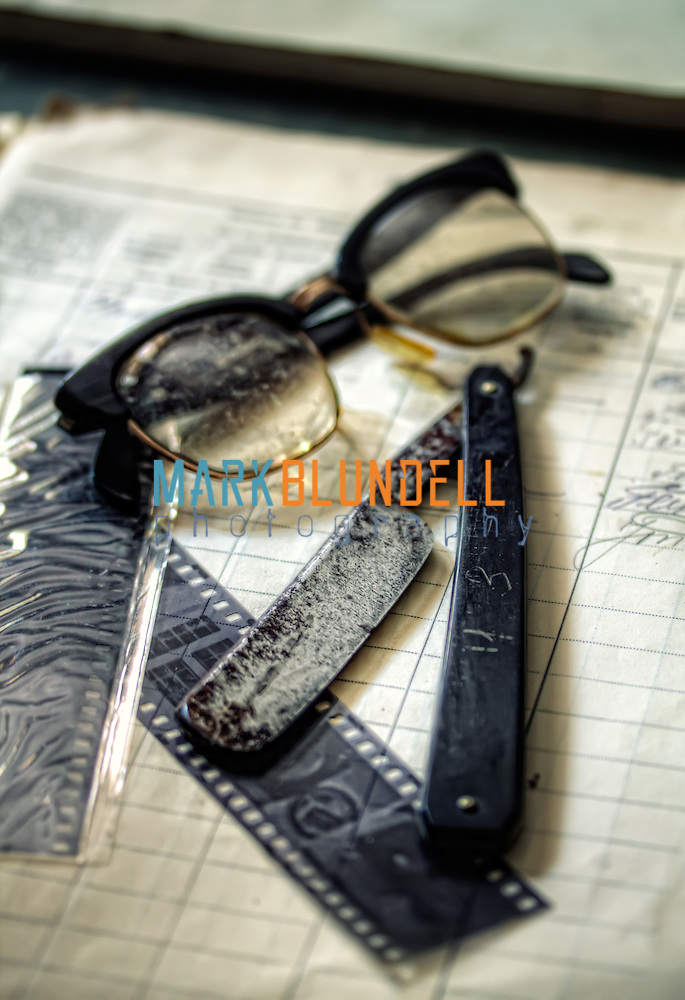 After about two hours we had finished up and decided to head back to the car. Just as we were loading up four police cars and nine police descended upon us and insisted that we empty the car, and face questioning. Details were taken and phone calls made. After explaining what we were doing and inspecting cameras / images the police let us on our way.  As soon as we showed our cameras and emptied out dirty clothes the suspicion dropped a little. We think that a local busy body had informed the rozzers that we were there stealing and looting vacant properties. This was obviously not the case and we were free to go. Apparently there had been local robberies and the three of us ‘fit the profile’ of the thieves!