The date for my birthday was to be Cage Warriors 64 at London’s Kentish Town, another card stacked full of talent  with the main three events being fighters that I had previously watched in some very exciting fights. Danny ‘Hot Chocolate’ Roberts, Jake ‘Brutal’ Bostwick and ‘Capcom’ Cory Tait. The undercard was no less exciting with several fighters who I have come to know a little bit over the last eighteen months as an MMA photographer.

Cory Tait managed to get the win over James Pennington in the first round after a flurry of exchanges. The pair ended up on the ground against the cage with Pennington on top only got Tait to manage a headlock which transitioned into a guillotine choke leaving the south coast fighter no option but to tap out. 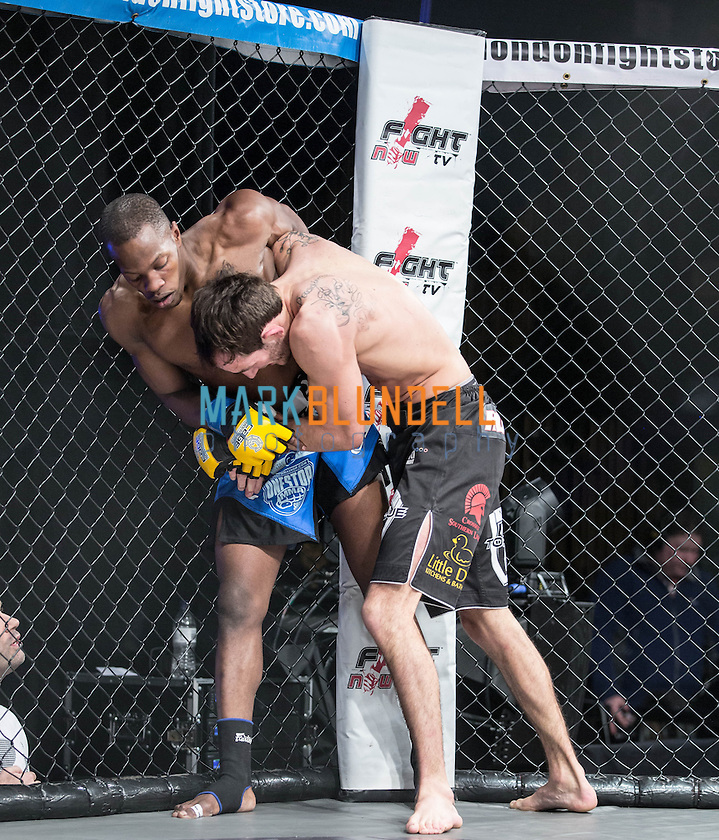 Fight of the night went to a justly deserved battle between Jake Bostwick and Boubacar Balde. After a slow first round both fighters came out for the second more animated and aggressive. Some slick ground work saw Bostwick jump from side to full mount several times and getting to work with some ground and pound, Balde managed to weather the storm and took advantage of Bostwicks hastiness and managed to gain control dishing out some tasty elbows and opening up a two inch gash on Bostwicks forehead which started to bleed immediately. The third round kicked off and again both fighters took it to each other, Balde looking to capitalise on the earlier cut. Both fighters ended up against the fence trading short blows until Bostwick gained control and got Balde to the floor for some payback. With the final 10 seconds sounding Bostick did his best to finish off Balde raining punches and elbows onto the head of the Frenchman. 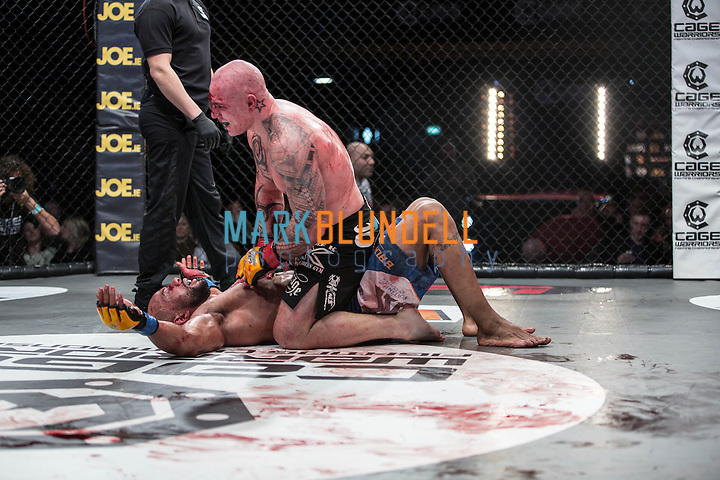 Despite this being the first outing with the organisation at  Cage Warriors 64 for Balde he put up an excellent fight and I’ll be very excited to see him back in the cage again sometime soon. 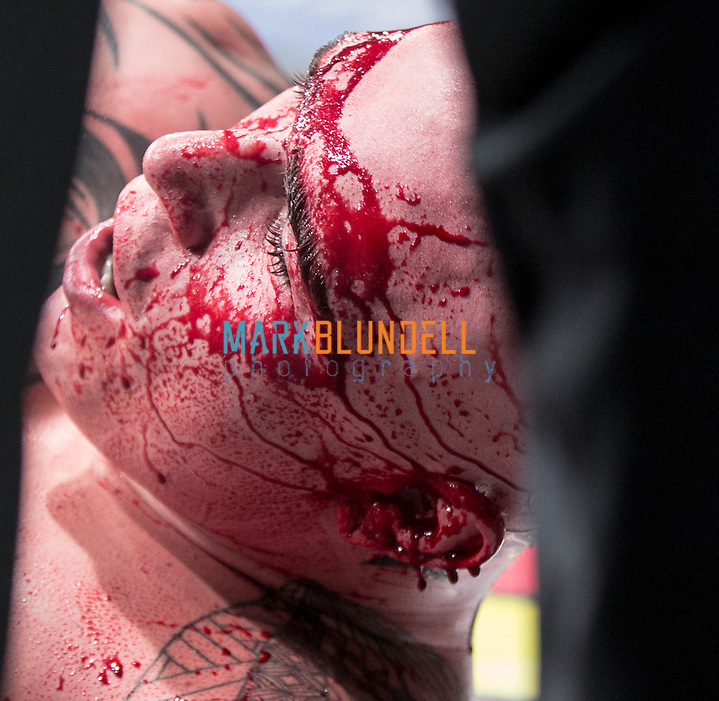 As always Cage Warriors 64 was a slick operation, easy entry and well organised, mostly due to each part of the card being streamed on the internet, there was very little ‘MMA’ time here. From a photographic perspective the event was top drawer, great lighting makes for great pictures. With the punters allowed into the Cage Warriors 64  venue at around 6pm the prelim card was underway at 6.30. At 11.00 the show was over, a capacity crowd filed out of the venue having watched a superb night of fighting.

Click the link for the full CAGE WARRIORS 64 galleries