This was my second trip to see Cage Warriors, the previous trip had been up to Liverpool so I was glad to be a bit closer to home at The Kentish Town Forum. The event was well run from the off, I introduced myself to the official Cage Warriors photographer, Dolly Clew who couldn’t have been more welcoming and politely laid down the rules and let be get settled in my allocated area.

I’d seen news from the Cage Warriors weigh in that several fighters had missed weight and decided to give up some of their purse to fight. This isn’t really something that I understand. To be professional in their job the fighters should make weight or go up to the next division, it wasn’t as if they had missed by a little bit either. If an on weight fighter decides to take on an overweight fighter no record of this is made and a loss is still a loss, the on weight fighter has the option to pull out, but after weeks of training unless the other guy  is well over I think that the mentality is to continue to fight.

There is no in fight penalty at all and it has been suggested to me that a points deduction may be a better way of evening up the bout.

It was a strange night of fights, I was surprised to see Leeroy Barnes come to the cage without his full corner team and go on to loose quite quickly.

One fight that I was really looking forward to on the Cage Warriors card was the bout between Aaron Wilkinson and Bola Omoyeme. After a delay getting into the cage due to Bola forgetting his groin guard things got underway. Bola’s opponent was on top for most of the first stanza however bola did dish out some of his own punishment. 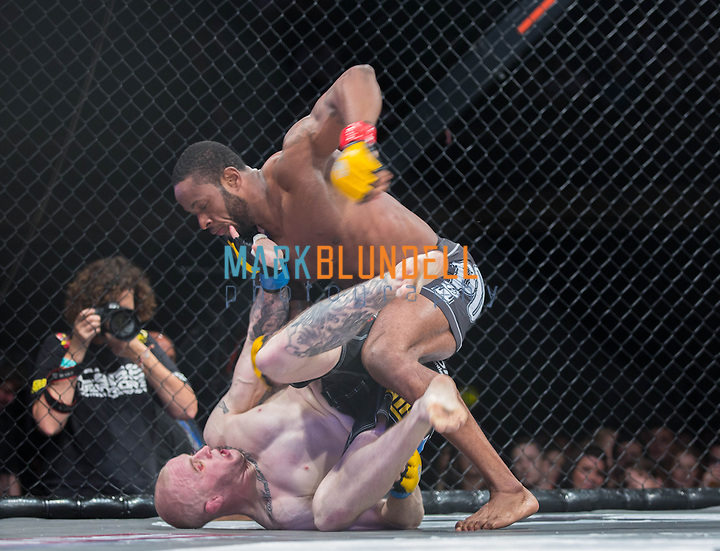 As the he bell went for the finish of the first round Bola seemed to be totally gassed taking ages to get up and get to his corner. When the referee got things underway for the second there was a good deal of confusion and it looked as if the fight may be halted, however the round started and it wasn’t long before Aaron Wilkinson was on Bolas back providing some ground and pound, Marc Goddard soon stopped the bout in favor of  Wilkinson.
Bola looked in a bad way and medics were brought into the cage to ensure that he was okay. After what seemed an age Bola made it to his feet and left the cage with his trainer Ashleigh assisting him. 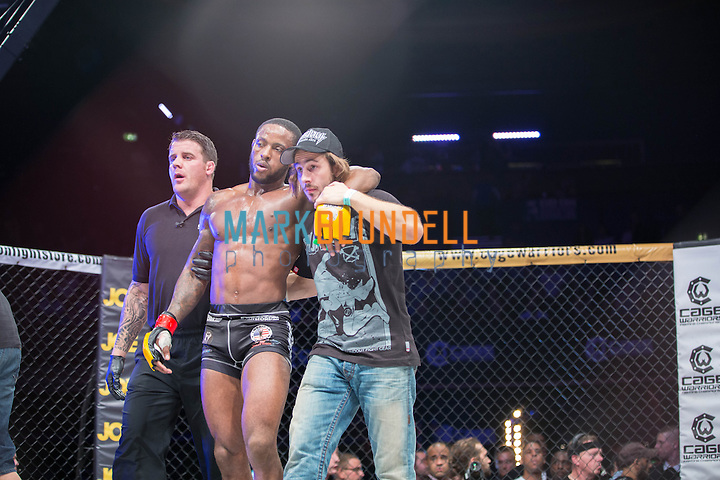 News and rumour was rife in the days following as to what had happened to Bola. He had been taken to hospital after the fight and there were a lot of concerned fans and friends on social media trying to find out what had happened. According to Safe MMA Bola had cut weight very aggressively to ensure that he was playing by the rules only to rehydrate using IV liquids. He hadnt attended the pre fight medical with the approved medic, but sought his own who had assisted and certified him as being fit to fight. This was obviously a very risky strategy that didn’t pay off and caused both the fighter, his family and friends a lot of worry.

In short the event showed me both sides of the coin, trying to achieve weight and not making weight. I’m not sure what the answer is, better conditioning leading up to the fight, fighting at the correct weight or pulling out well before to give the event a chance to find a suitable replacement. If SAFEMMA are to be used then fighters should be made to use their medics to ensure a level playing field and safety for all.

Whatever the solution it should have the fighters health at the fore.

The highlight of the evening was a four way knockout tournament for the vacant lightweight crown. Due to injury Sean Carter was elevated from his supporting role in the prelims after besting Richard Griffin earlier in the evening to being in the final vs. Stevie Ray who had beaten Jason Ball earlier on that evening.

It must have been an emotional rollercoaster for Sexycurls coming of a win earlier in the night and relaxing after his earlier bout only to be offered a chance to stap in again later in the evening. In the end Stevie Ray was victorious, Carter as always was gracious in defeat and had a taste of what may well be to come for him. 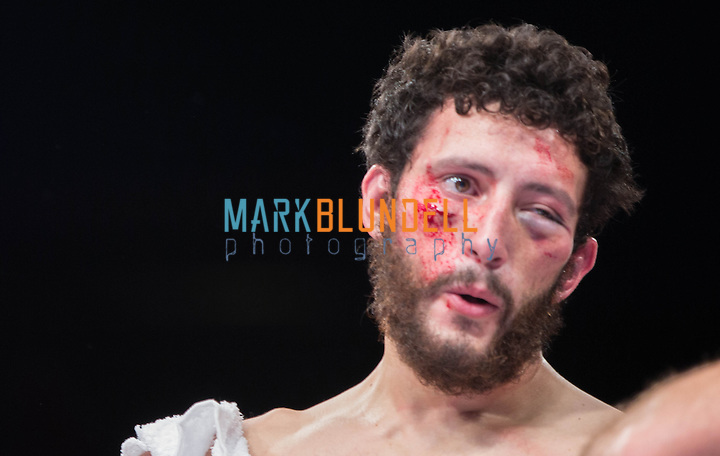