A couple of images from an explore last year with one of my urbex friends. We were both in The West Country visiting relatives over Christmas and decided to hook up for some photo fun. Our target was Burngullow Clay Driers. From what I remember we had a bit of trouble finding the location due to lacking navigational skills, but made it in the end. Initially we looked around some old sheds with what would have been underfloor heating to dry the clay – fires at one end, chimney at the other. Photographically uninspiring.

We ventured further and discovered a disused industrial unit from a much closer era. After gaining entry there was a nice array of machinery, all caked in the white dust of clay. 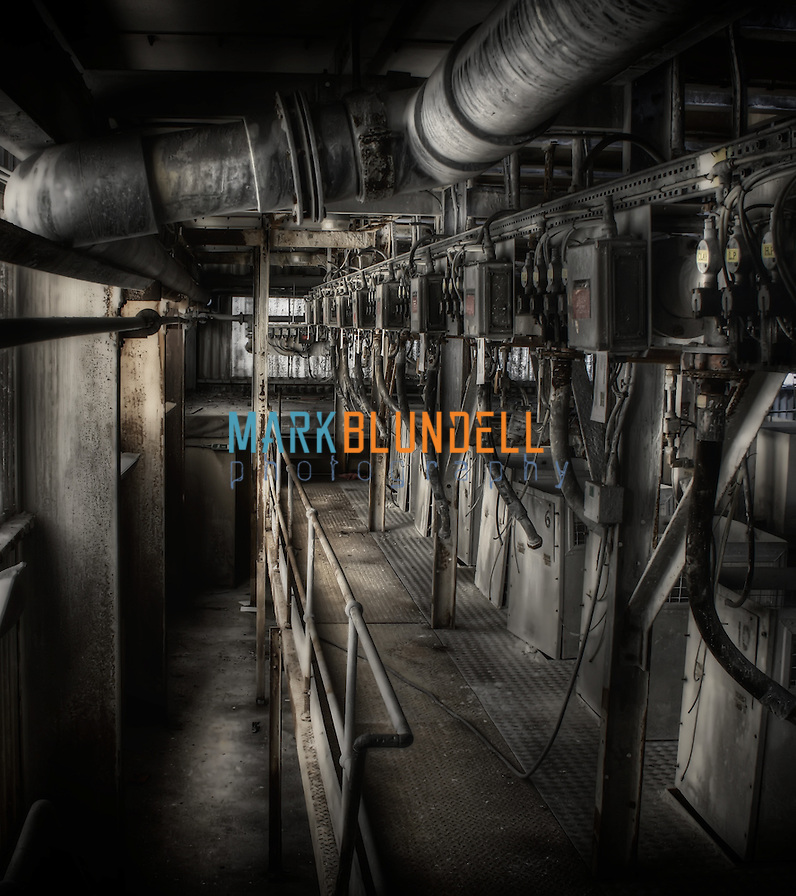 Another part of the unit had drying pools where the wet clay would have been washed and dried before further processing. 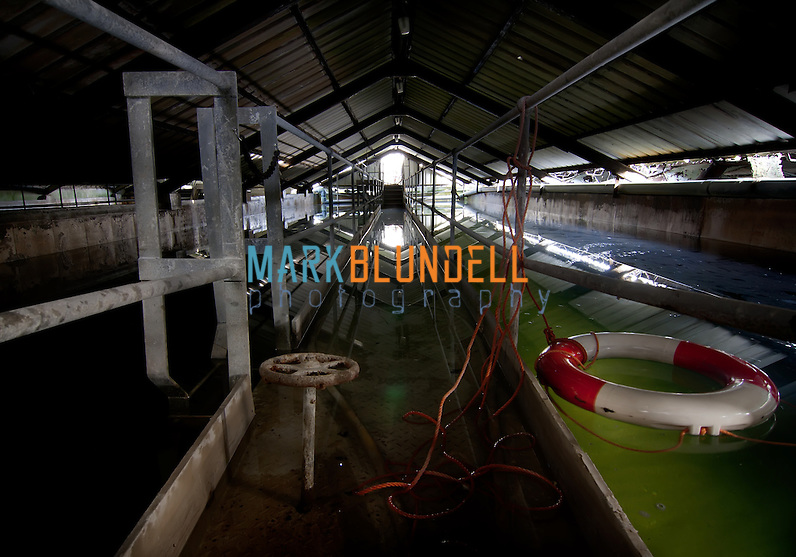 Finally the control room where the stop button would have been pressed for the last time. Its a real shame, coming from this area  and knowing what a great industrial heritage this area posesses, tin and arsenic, china clay and silver were all mined and quarried once, now Cornwall has one of the highest levels of unemployment per capita in the UK.

Having this blog has enabled me to get away with re-processing and posting images that have been used before on my FLICKR and its interesting to see how the processing differs. The source images weren’t particularly well focused or composed, so it was fairly hard to work with. The second image is not HDR, but two shots, one lighter, one darker and brought together using masks, filters and curves.