After a failed attempt at a local location I set my sights on another place not too far from where I live.

Buckston Browne Farm isn’t exactly a farm, and nor was it ever a farm from what I can tell. This place has a far darker history having been previously used for animal testing. The ‘farmhouse’ was built in 1931 and was used as a research centre for The Royal College of Surgeons. Despite having the innocent moniker of the RCS animal testing went on here for some time and Buckston was raided by the Animal Liberation Front. Soon after it was closed down. There is more information about this on the internet HERE (its somewhat grim). I have also read that there was a prolonged test sponsored by Mars in relation to confectionery and tooth decay at the establishment.

There is little left to indicate the former use of the buildings, all animal cages and pens have gone except for high fenced outdoor areas and a small area marked ‘Pigs’. All that remain are sawn off cage stumps in some of the larger halls and brackets on the walls in the smaller  parts to which cages may have been fixed. 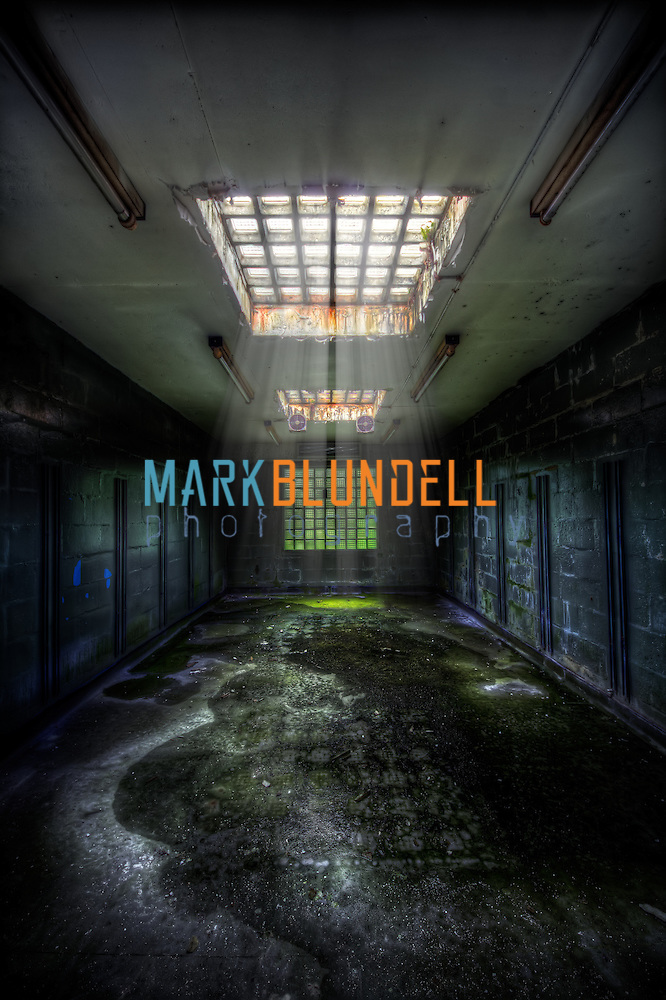 Not sure whether I like the processing on this one or not. I have a different PoV of this which I’ll process somewhat more sympathetically.