The most derelict part of the prison that is actually accessible is the Naval Wing. The wing was of course originally covered with an internal landing on each floor, initially for housing civilians then handed to the Navy. Supports for the landings this can be seen in the higher levels where wooden posts still remain. 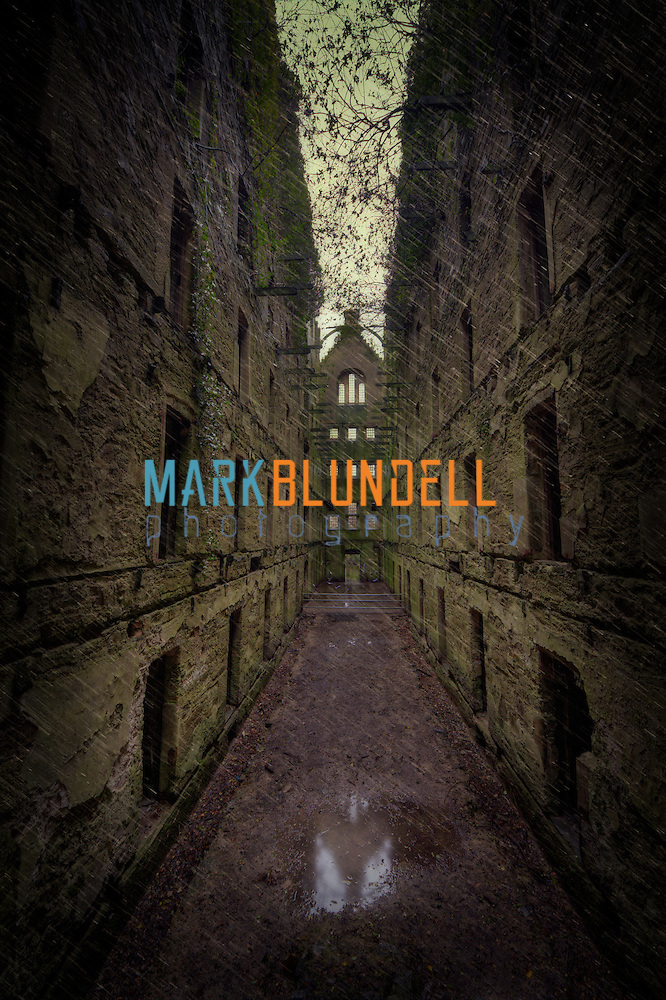 Click the image for a larger view or to purchase.

The most interesting part of this shot for me is back wall. There appears to be some weird light reflections going on. I must admit that I did not see these when I took the shots and they are only showing on this set of brackets. I have no proper explanation for them at all – possibly one of the children with something reflective, or a ghostly apparition?!

In fact I think that the kids had torches . . I far prefer it to be a ghost though!