The Compton organ on Birnbeck Pier in all its fading glory. This was a rushed set due to the tide coming in, If i had taken much more time I may have had to wait for quite a while for the sea to recede and the causeway to this location to re-appear!

The time restriction made me realise the two sides of shooting more than ever. On one side of things one should take time and make every shot count – take time to compose and ensure that everything is just as it should be – focus, depth of field and framing. The other says take as many shots as you can. This is often the case when taking on an urbex mission. I like to keep moving, staying out of windows and out of sight a lot of the time, this may be overly cautious but I feel its often necessary to behave like this just in case there is security present

I didn’t take that many images on the pier and tried to make those that I did take be exactly how I wanted them taking the former method. however on reviewing my shots I realise that there are many that aren’t how I’d like them, soft or blown out. It didn’t really help that the sky was mostly a flat gray and it was late in the day so not particularly bright over all. Snow on the floor and ground externally meant that the images were quite dull and lifeless. This is another to go back to on a brighter day.

I went to get The Organ though, the only one of it’s kind in existence apparently, and I succeeded in doing just that. 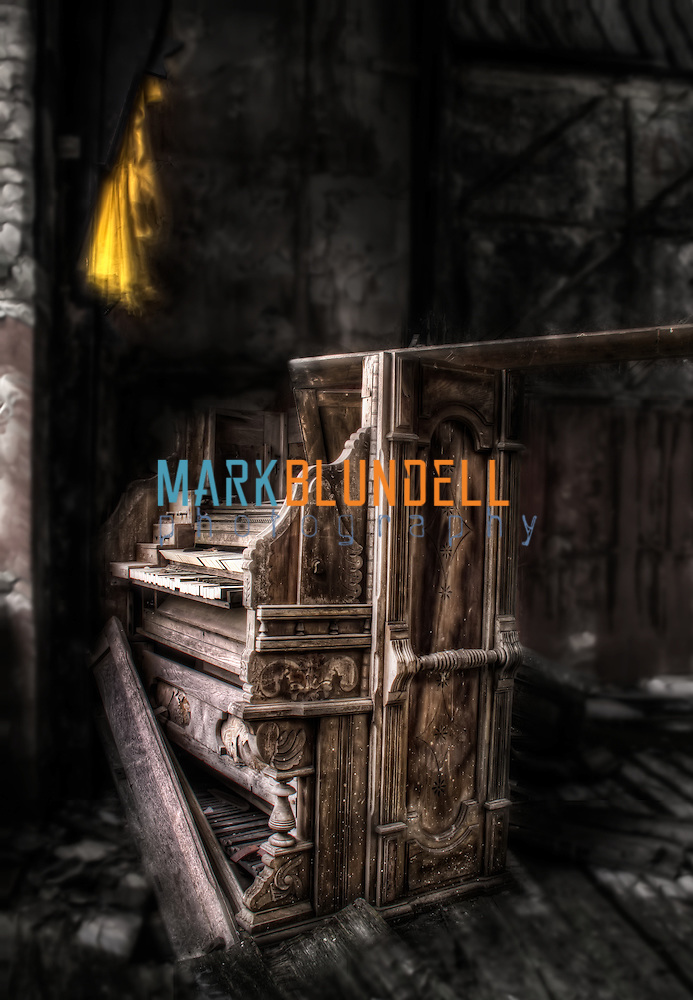 I’ve been pretty tired recently hence the lack of posts. I seem to be able to half process images then just ditch them, screw up the paper and throw it in the bin. I think this demonstrated that to be able to take and process one needs to be on form otherwise creative block occurs. It doesn’t help that I have lots of ideas, but little time to carry them out . . . weekend soon though, so hopefully we can venture out to ‘somewhere local’ to have a bit of fun. Possibly listening to a bit of Radiohead helped out too!