This weekend we’re all set for the long awaited matchup between two of London’s most well known fighters, Alex Montagnani vs Nathan Jones – BAMMA 15 at London’s Copper Box Arena. Both fighters have held belts at Fury in the last twelve months and both are well liked on the London scene, this is a fight that the fans down here have been waiting for  for some time on a stage that befits the occasion – BAMMA 15 at The Copper Box Arena. 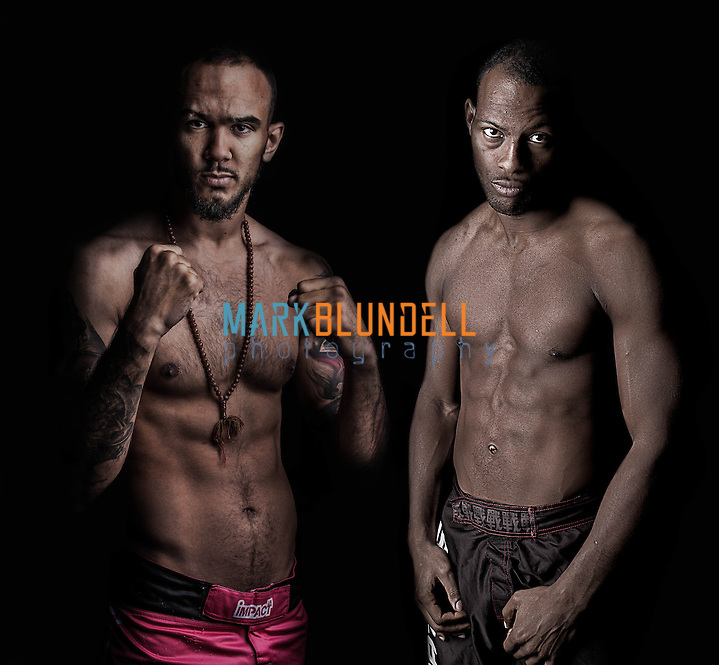 Nathan is a regular at UCMMA where he keeps on racking up first round wins and has shown that he is a well rounded combatant having a current record of 4-0-1, each win coming in the first round each by submission with one exce[topm which was finished off in under a minute of the second. Nathan fights out of Combat Company in Richmond.

Montagnani on the other hand is coming off a loss at Fury 9 where he stepped up to middleweight against Michael Beaumont. In my opinion this was not a good matchup and the weight didn’t suit Alex at all, fighting someone at their natural weight did him any favors at all that night sticking to his natural weight is much more suited. He currently has a 5-1-1 record all by KO / TKO / Punches. Alex hails from South East London’s  New Wave Academy based in Crystal Palace.

The journey of both fighters couldn’t be more chalk and cheese. Montiagnani comes from a family rich in martial arts history, his father started teaching his son at age four showing that you’re never too young to start the game. Motagnani Snr was in a good position to start teaching, his own repertoire includes Amateur Boxing, Aikido, Judo and BJJ.  Alex is now attained blue belt BJJ and a judo black belt. Alex naturally made the switch to MMA to combine his skills and learn more  in the striking  arena. Alex has trained regularly with Max Nunes at NWA. He has also spent time training at Alliance in San Diego and Tristar in Canada where he spent time with many of the top fighters in the sport. Alex has recently started giving back to the community working with Colin Nwadike at Lewisham and Southwark College showing the kids how its done, bringing a positive change to those who may not have come across the sport previously, or wanted to try something a little different. 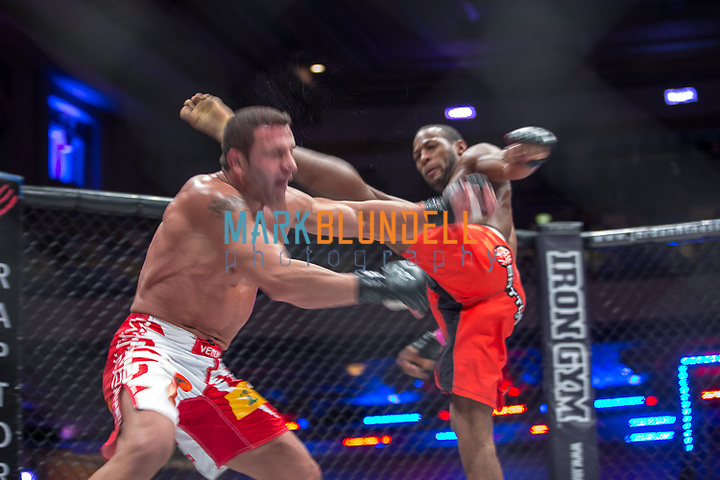 Jones on the other hand had a defining moment when after a night out he was set about by some youths who got the better of him. It was this event that made the Richmond man decide to make changes to his life, ditch bad living and start to look after himself. He started to live a ‘yes man’ life and when a friend asked if he fancied a trip to Combat Company, he couldn’t say ‘no’. I don’t believe Nathan ever set out for revenge on those guys in any way, but wanted to make sure that a similar situation wouldn’t happen again, if it did he’d be on a position to look after himself knowing that he was all the better for the terrible experience he had previously had.

Since then Jones has regularly been a face on the London circuit at Fury and UCMMA. One of the new school of fighters Jones almost immediately started training MMA as opposed to Alex’s early single discipline mostly in grappling which may make him a more rounded fighter. Jones currently holds a blue belt BJJ and brown belt in kickboxing (one off black), not bad progress for someone who has only recently started out, this shows the dedication, hard work and maybe a little natural talent goes a long way. I know that Nathan also works hard and has been a youth worker for almost ten years now, again giving back to the community. 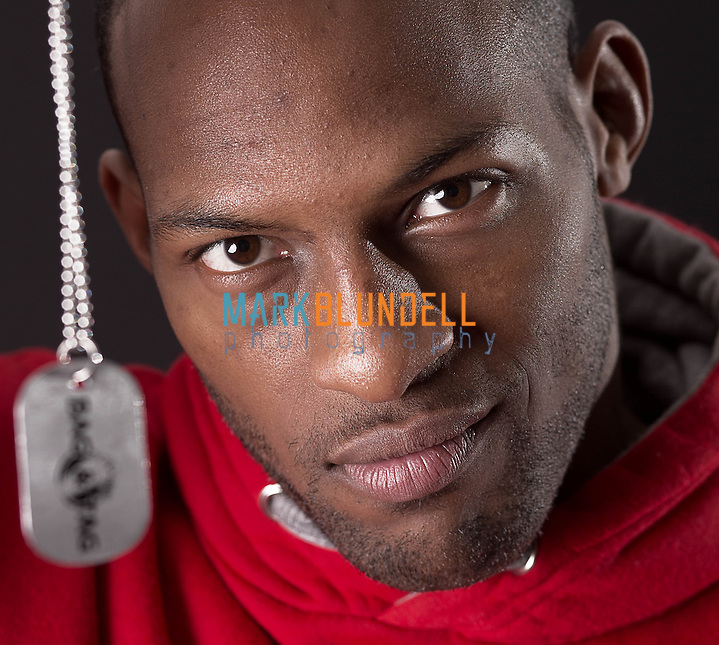 Jones has been a master of marketing himself with his moniker of Mr Bag and Tag, something which has a ring to it given the manner in which he has dispatched recent opponents, he’s a good crowd draw as well and seems to get the twelfth man in the cage with him when the crowd are on his side. He’s also good at the banter game and likes to wind up opponents on Facebook and Twitter a fair bit, all in good humour though.

Surprisingly the banter from Mr Bag and Tag has almost been non existent for this fight. Could this be a sign that the fighter is taking the BAMMA event far more seriously than others or possibly a sign that he’s worried about his opponent being his sternest test to date or is it simply that Nathan has a busy life at present.

Alex in contrast just gets on with it, he has no interest in pre-fight antics preferring to let his skills do the talking on the night, he’s the quiet but deadly type, you know when he’s in the room though.  This will be the biggest stage both fighters have appeared on and there could be a great deal of nerves for the pair of them performing at the Copper Box which can hold up to 6.500 screaming fans. Who will handle it better and cope with the pressure positively? Will one fighter already have lost before the door to the octagon closes? 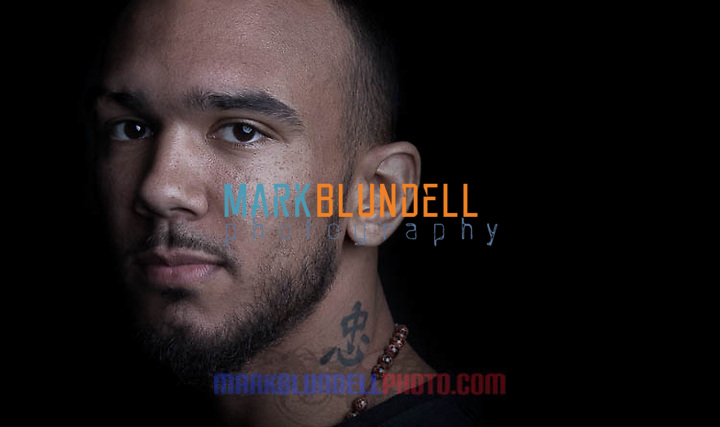 As for who will win, I’m not really qualified enough to point out one vs the other, Motagnani is traditionally a grappler, but has won all his fights through his striking ability, Jones on the other hand and caught all of his opponents with submissions using his BJJ skills. It would appear that both fighters have a stack of supporters, each post, interview or picture has a similar number of fans commenting that their guy is going to take the win. I really like both fighters and have grown to know them over the last eighteen months, both staunchly support fighters out of their gyms and put the miles in cornering for them, looking after the more inexperienced who are taking their first steps seems to be as important as taking part in bouts themselves and for that both Nathan and Alex should be applauded, its the true spirit of the MMA fraternity, its all about the team.

I probably see each at least twice a month and they’re  always happy and willing to shake hand and share a joke together, I can honestly say that there is nothing I dislike about either in any way. I really can’t pick a winner to this bout, neither my heart or mind will sway either way. From a photographic perspective I hope that the fight lasts longer than one round, I don’t have many pictures of either fighter in action as neither of them likes working overtime.

My one hope is that they both put up a great bout at BAMMA 15 and that neither get seriously hurt at the end of it. Hopefully for both the winner and the loser this will be a step up towards bigger things and fighting on a global stage very soon.