Not sure why I chose the title for the image, possibly as my dinner was ready after I’d finished processing.

I don’t know about any of the other photographers, but when I get home I cant wait to get my shots onto the PC and look at them full size, rather like a child on Christmas day I want to platy with then and see what I can do. This was no exception. I’d been somewhere pretty special, the closes I’ve seen to the lovely abandoned and grand places in Belgium, Holland France that I’ve seen.

I generally whip my brackets into Photomatix immediately to get an idea of how they’ll look, no particular purpose other than to have a first impression. I rarely save these thought preferring to carefully choose which to go for first. There’s often a bit of a race to get the first shot up from an explore too, my urbex colleague usually wins these, but only by a slim margin, it’s just a bit of fun I think a few urbexer’s have.

I’ve recently become a fan of this type of composition, splitting the image into two or three distinct parts – leading the eye either outside or into a corridor giving an idea of depth, a deeper view into the location and often leaving something to the imagination.

What or who was at the foot of the stairs? Who lived in these rooms in days gone past? What happened here? What conversation was had, in this room over the 190 years this place has been standing.

Something that urbex has taught me is a lot about history and appreciation of locations that I’ve been to, from places like this – grand opulent halls and staircases to the asylums, built with good intentions to industrial locations that are now left to rust. Finding out about the history is all part of the enjoyment for me. 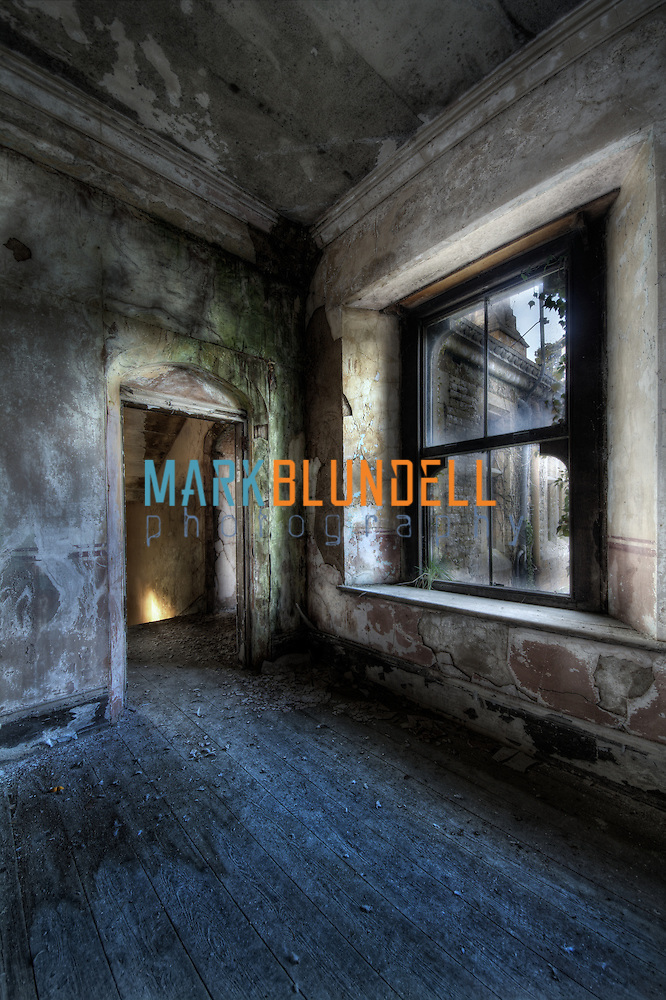